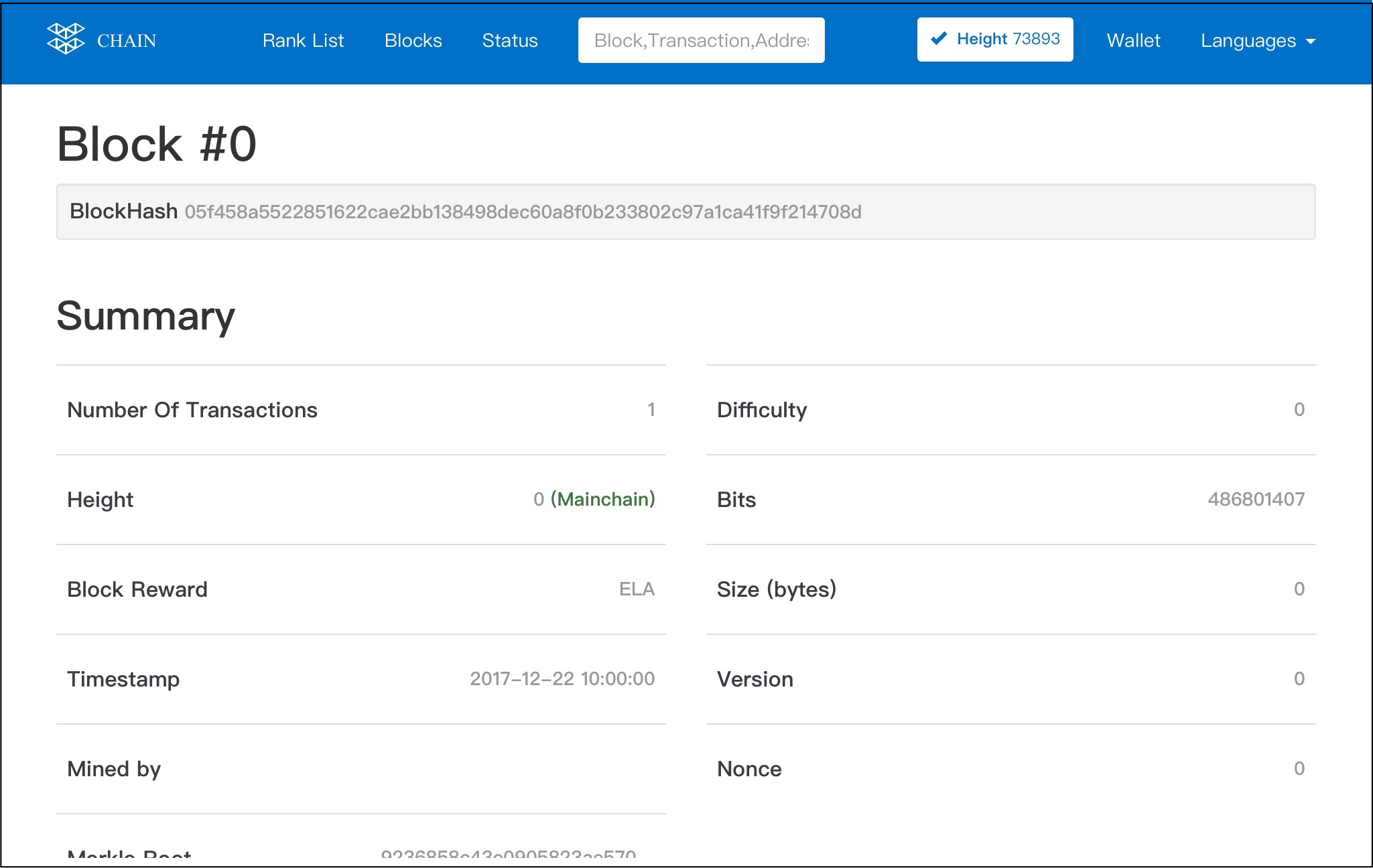 Elastos block 0 – the start of Elastos 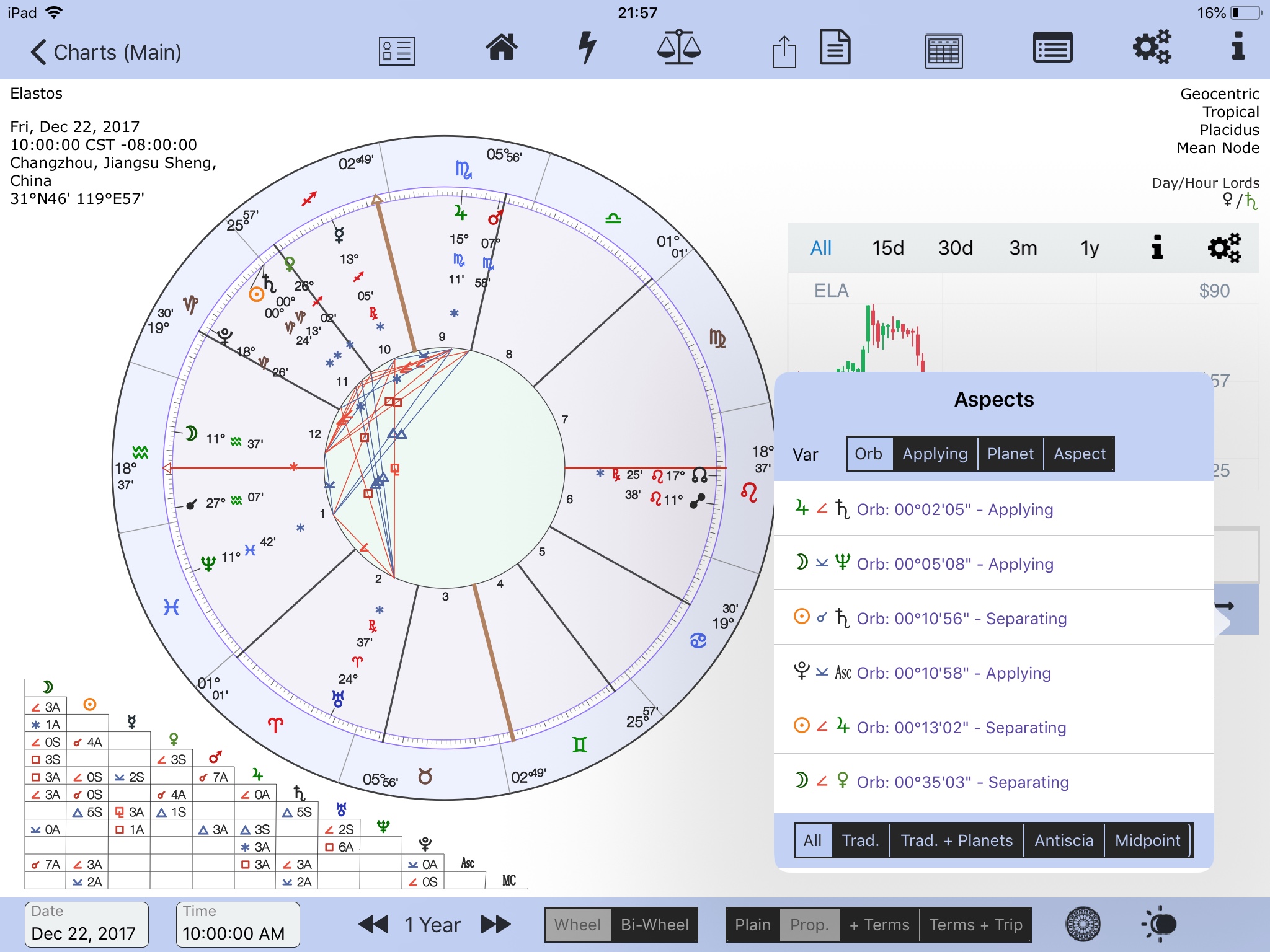 A brief analysis of the chart

The chart is perhaps most notable for Saturn being in cazimi with the Sun, a powerful position indeed. Saturn is also in its own sign too.

The Moon is opposite the previous lunar eclipse, and midpoint (orb separation 03′) square Mars Jupiter. Mars is fortunate in its own domain of Scorpio.

Because there is very little financial data to play with, the aspect with the smallest separation Jupiter to Saturn yields no transiting to radical planets. Data is available from February 8th 2018.

Elastos – the three most significant aspects

However the next two aspects Moon aspecting Neptune, and Saturn cazimi to the Sun yield some aspects that appear to correlate satisfactorily with Elastos inflexions or CIT’s (Change In Trend). See below. 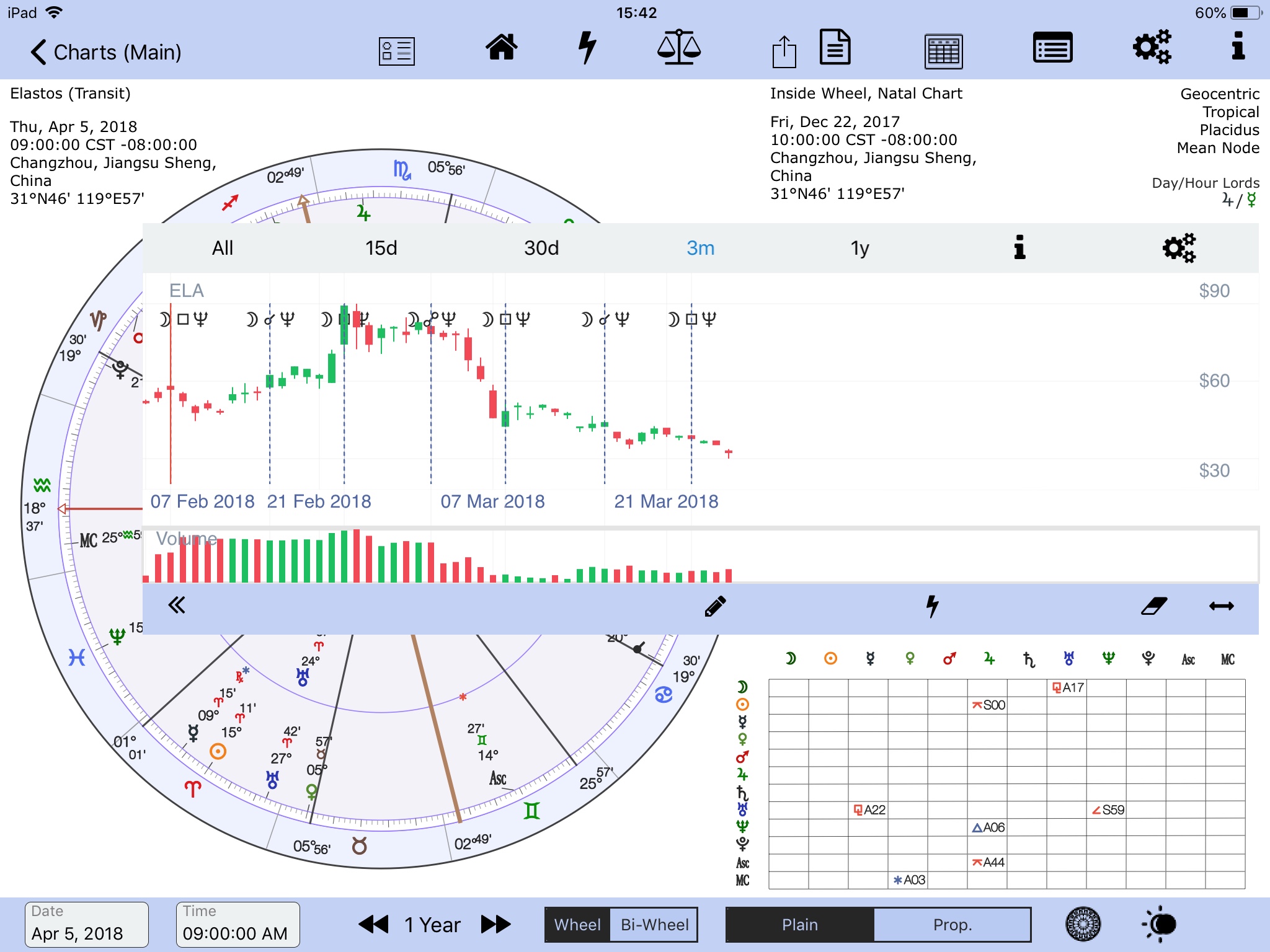 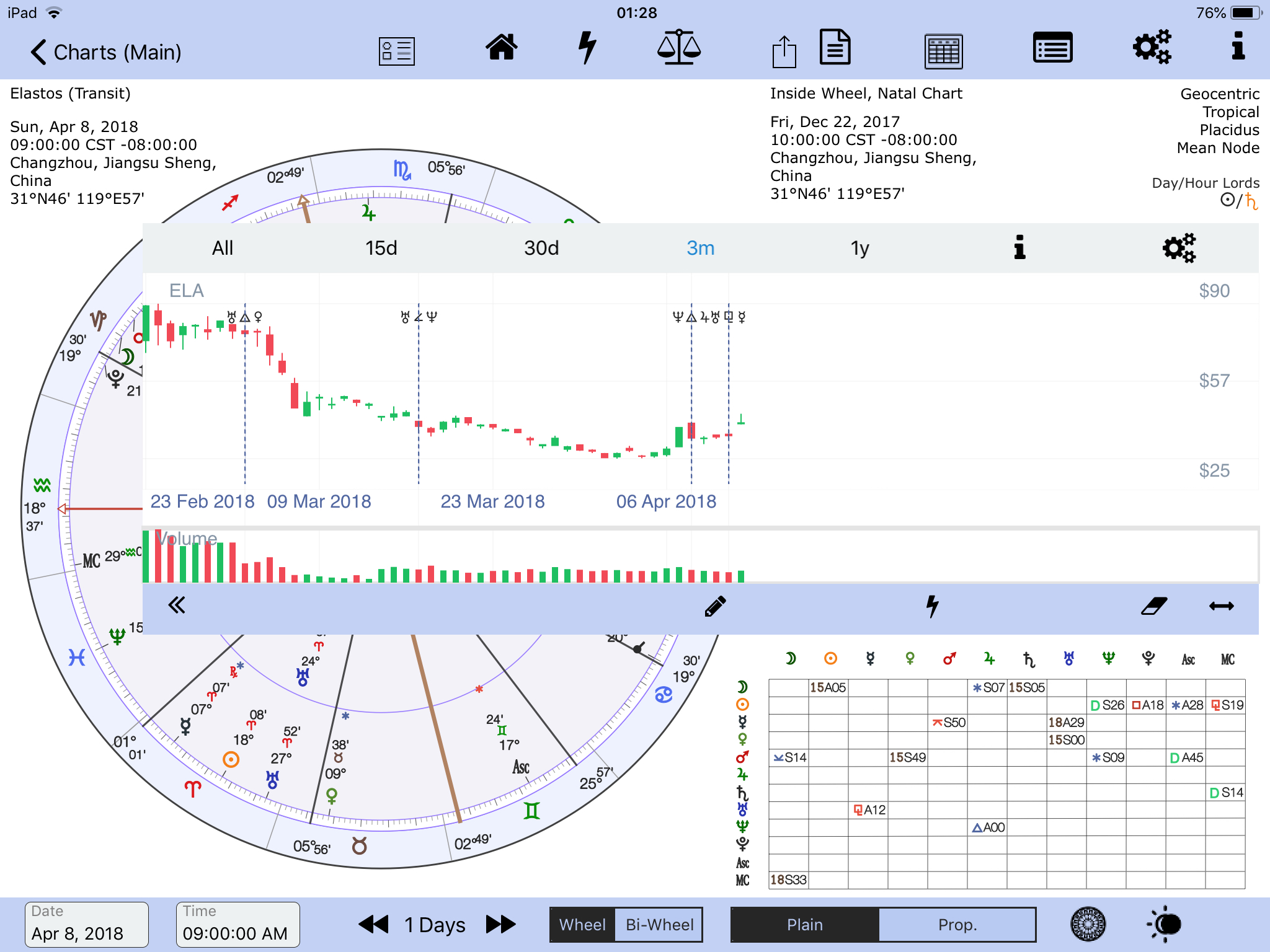 Recent Upsurge – some aspects of interest

It’s somewhat early to be able to draw any conclusions with the small amount of data though things are becoming clearer.