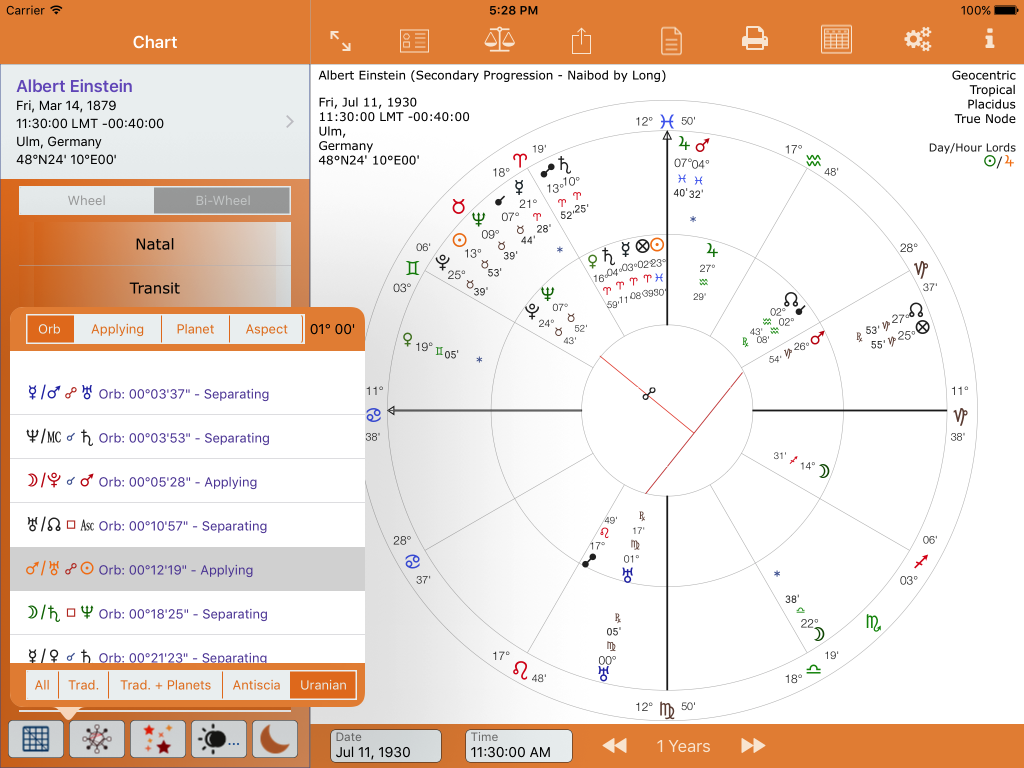 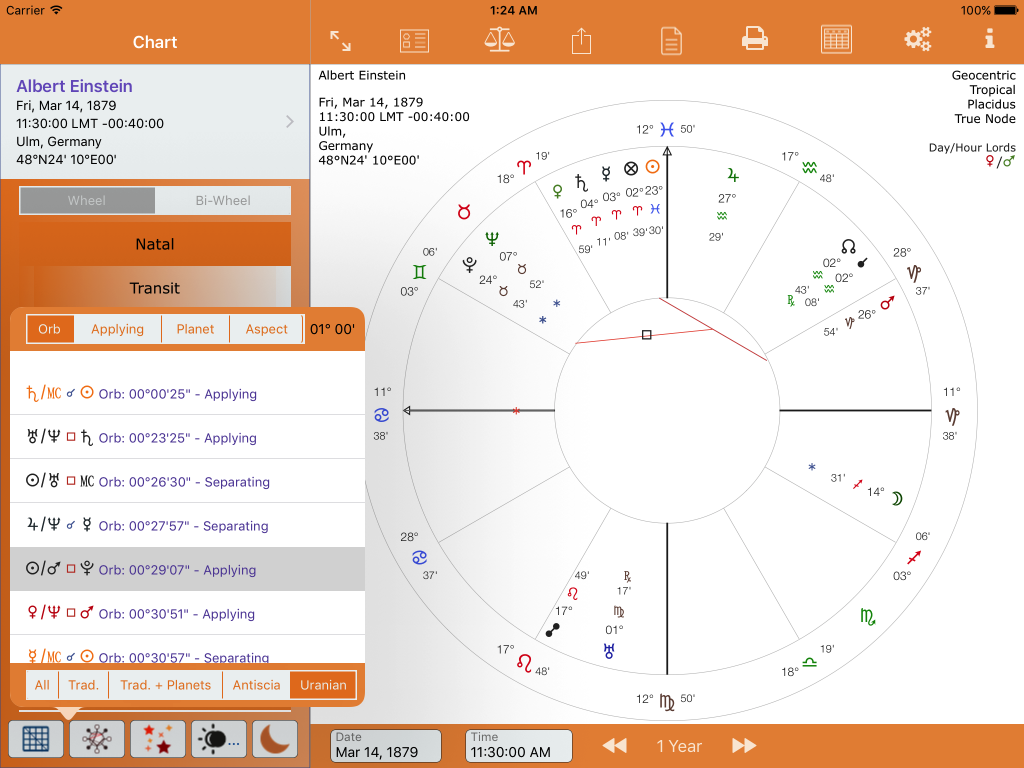 Midpoint Aspect Lines for Natal Chart. Pluto is in aspect by square to the midpoint of Sun/Mars

Midpoint aspect lines can be shown for all types of charts, except antiscia charts.

Aspects include those to/from the Asc and MC.

Asc and MC are not shown in a bi-wheel setting

If the Asc and MC are not shown in a bi-wheel chart the midpoint aspect is calculated and is listed in the midpoint table but the midpoint lines can’t be shown if the ASC or MC is the aspecting point. 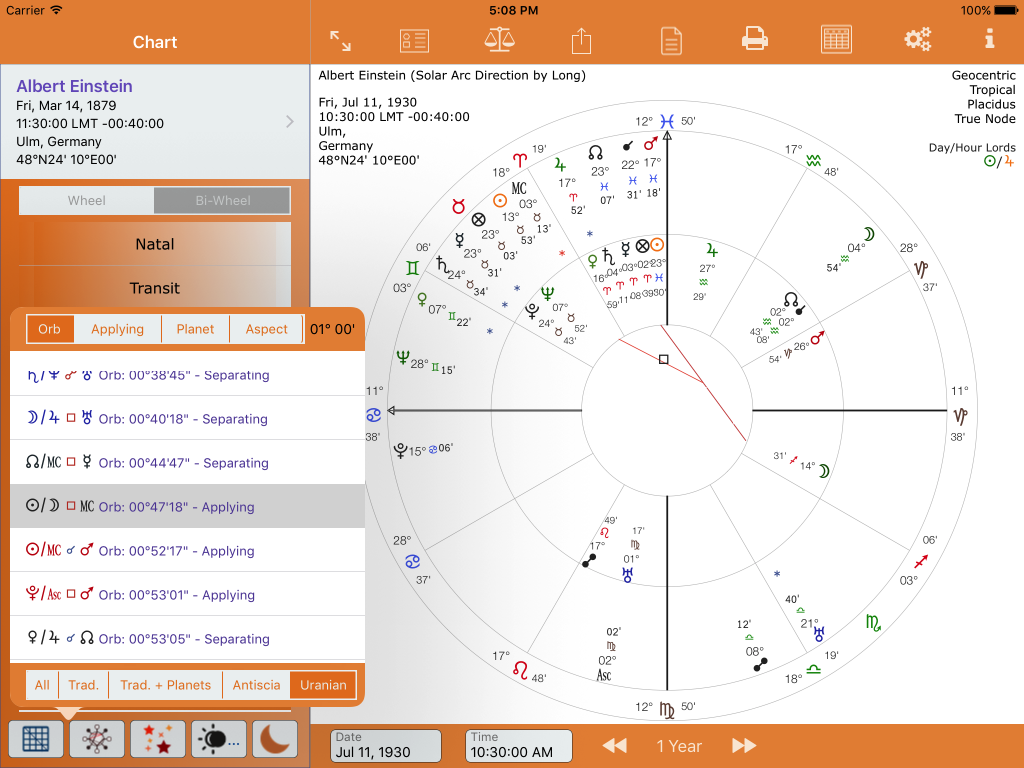 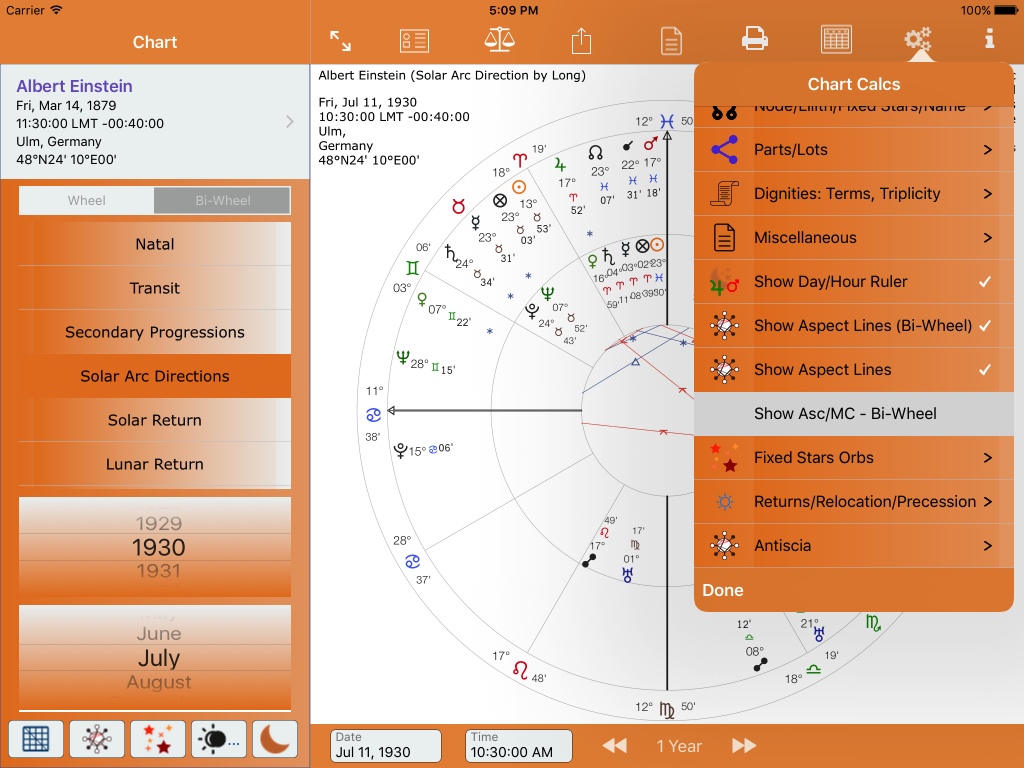 Now tapping the same record (MC directed to square of natal Sun/Moon midpoint) in the Midpoint table results in this warning message: 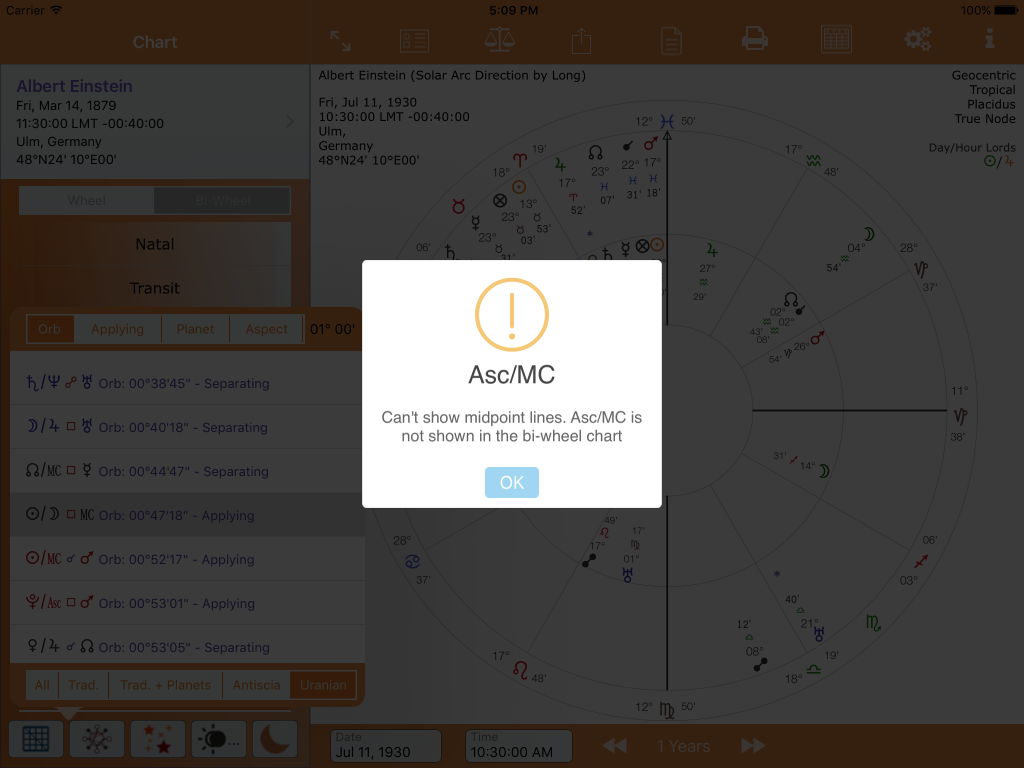