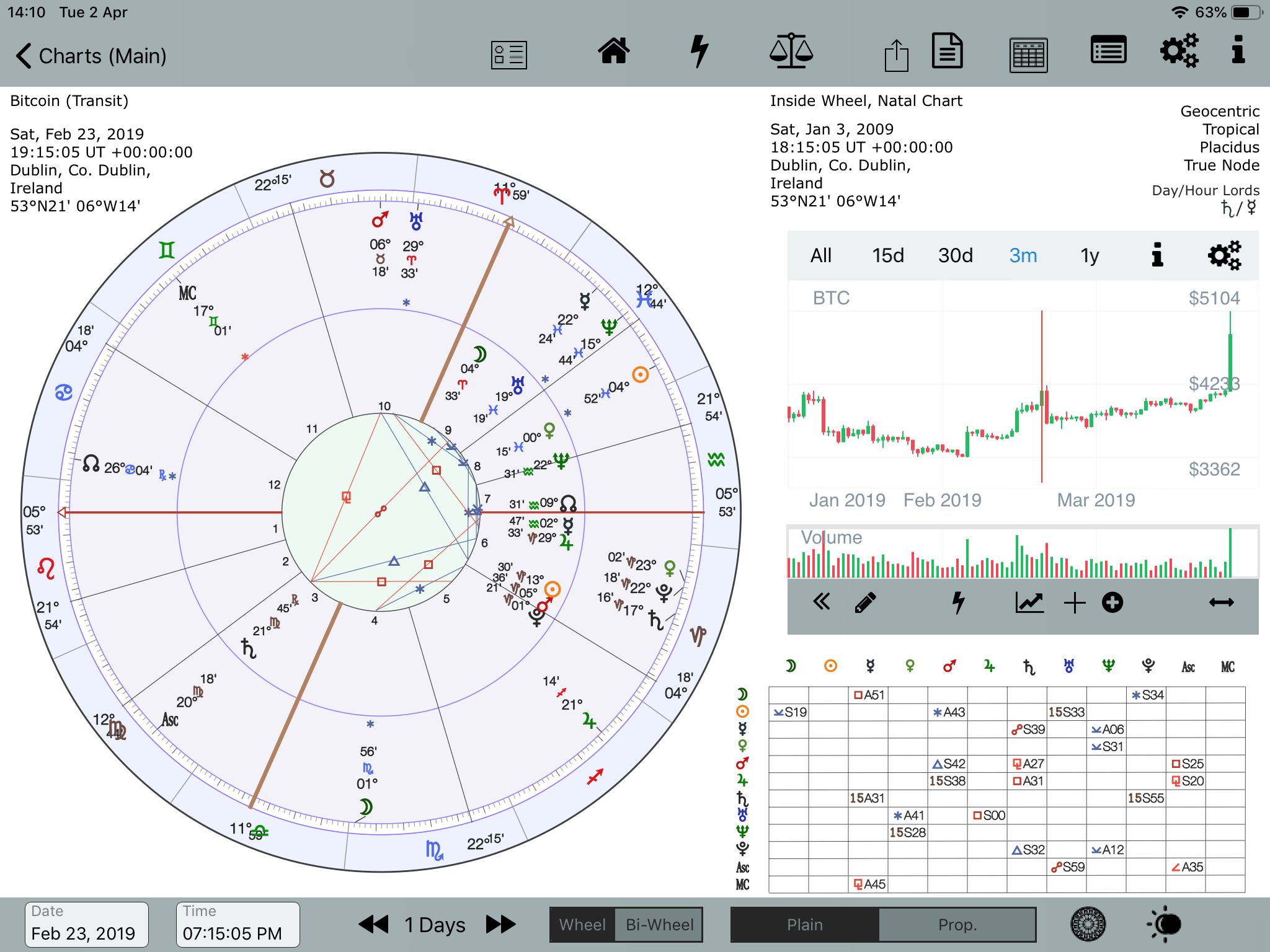 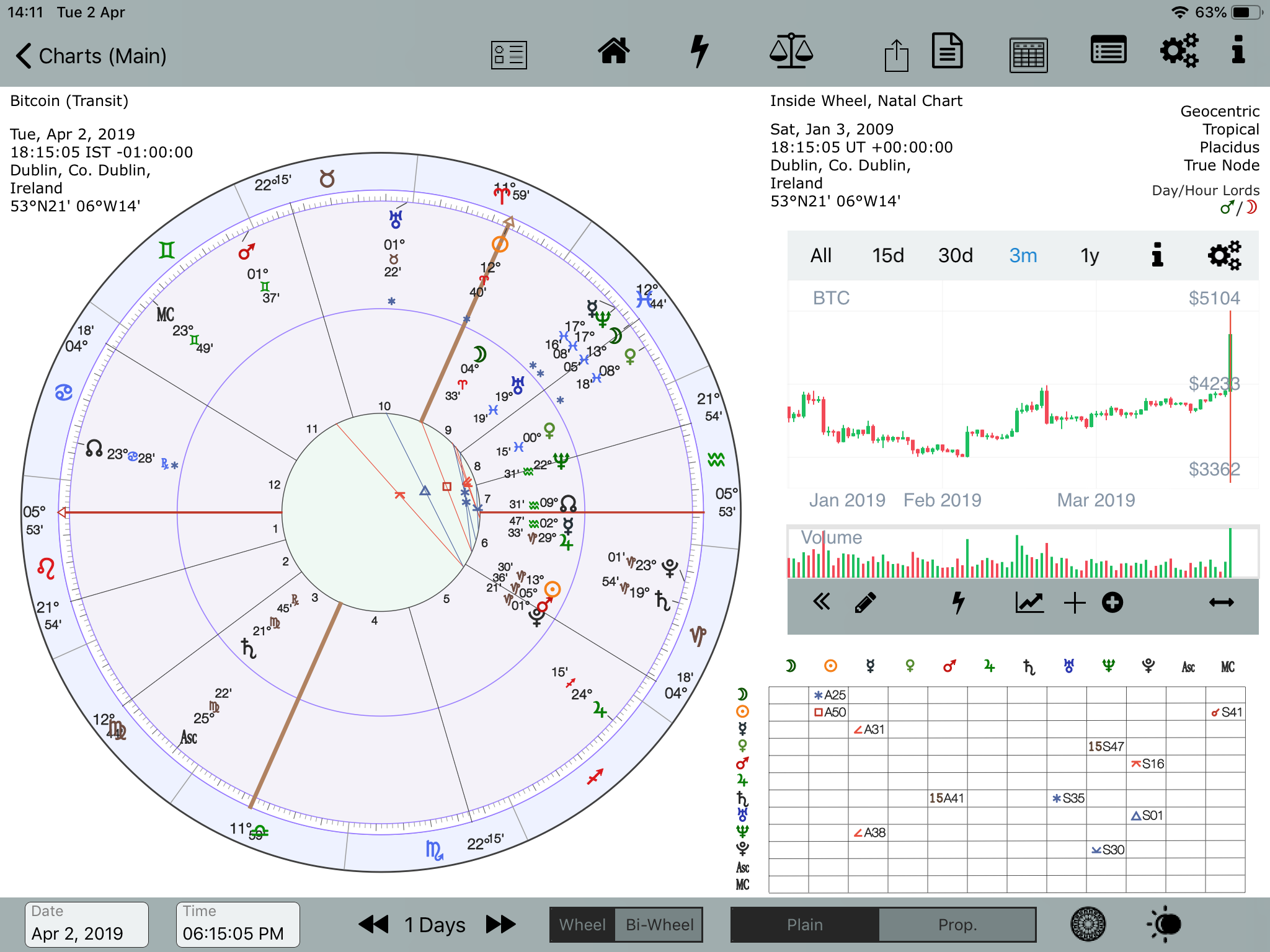 One caveat. Transiting Uranus sextile radical Venus did not seemingly coincide with any inflexion of the Bitcoin price.