Are major inflexions in Bitcoin’s price signified by Saturn’s ingress into different signs?

Are major inflexions in Bitcoin’s price signified by Saturn’s ingress into different signs? 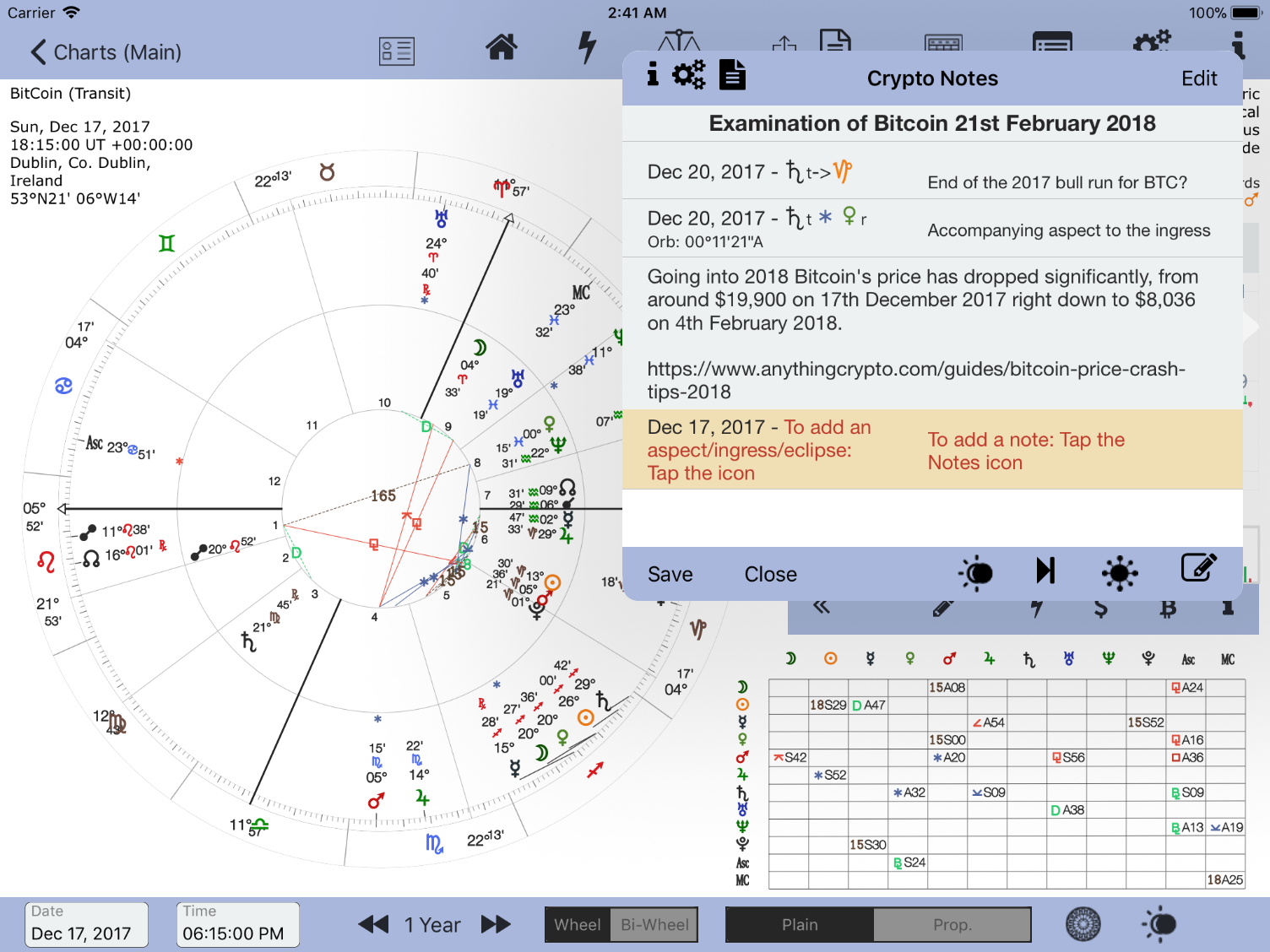 The astrology goes something like this. The major significations in the Bitcoin radix are Saturn and Uranus mainly because they oppose one another. This happens to be the only opposition in the chart, discounting possible Asc and MC aspects. Saturn is associated with the fiat status quo monetary system whilst Uranus is associated with the upstart Bitcoin. Thus when Saturn entered Capricorn from Sagittarius at the height of Bitcoin’s price Saturn suddenly became dominant. Saturn rules Capricorn and thus the status quo becomes top dog. Note that prior to the entry into Capricorn Saturn had very little dignity.

Where was Uranus when this happens? In Aries. Further analysis could be made but I’ll keep it simple and just focus on the Saturn ingress.

Saturn’s aspects to the radix that correspond to significant Bitcoin price inflexion points give strength to this hypothesis. See my post:

So is the next very significant change for Bitcoin when Saturn exits Aquarius, February 2023?

In the year 2025 Saturn enters Aries, its fall. Bitcoin to start its domination?