Full landscape View #8. For proportional natal/radix charts. For Your Charts and Provided Charts.

Here’s an extract from the Swiss Ephemeris documentation:

Gauquelin sectors This is the “house” system used by the Gauquelin’s and their epigones and critics in statistical investigations in Astrology. Basically, it is identical with the Placidus house system, i.e. diurnal and nocturnal arcs of ecliptic points or planets are subdivided. There are a couple of differences, though.

– The sectors are counted in clockwise direction.

AC displays these + sectors in red,

How to display a chart’s Gauquelin Sectors

To get to Full Landscape 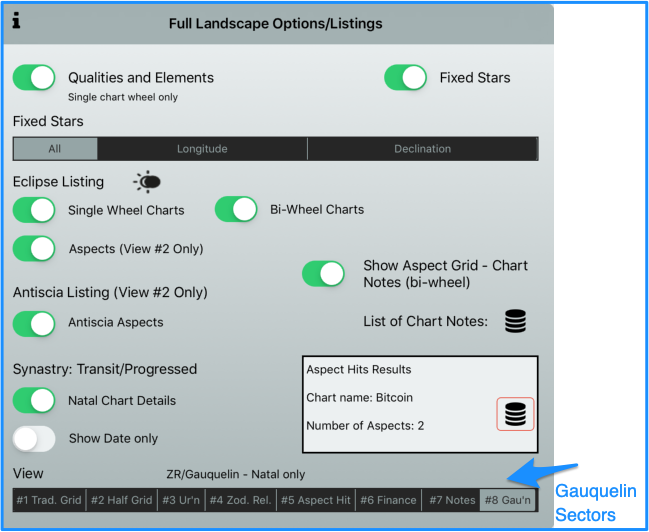 Note that a proportional chart style is automatically selected by AC when displaying Gauquelin Sectors. 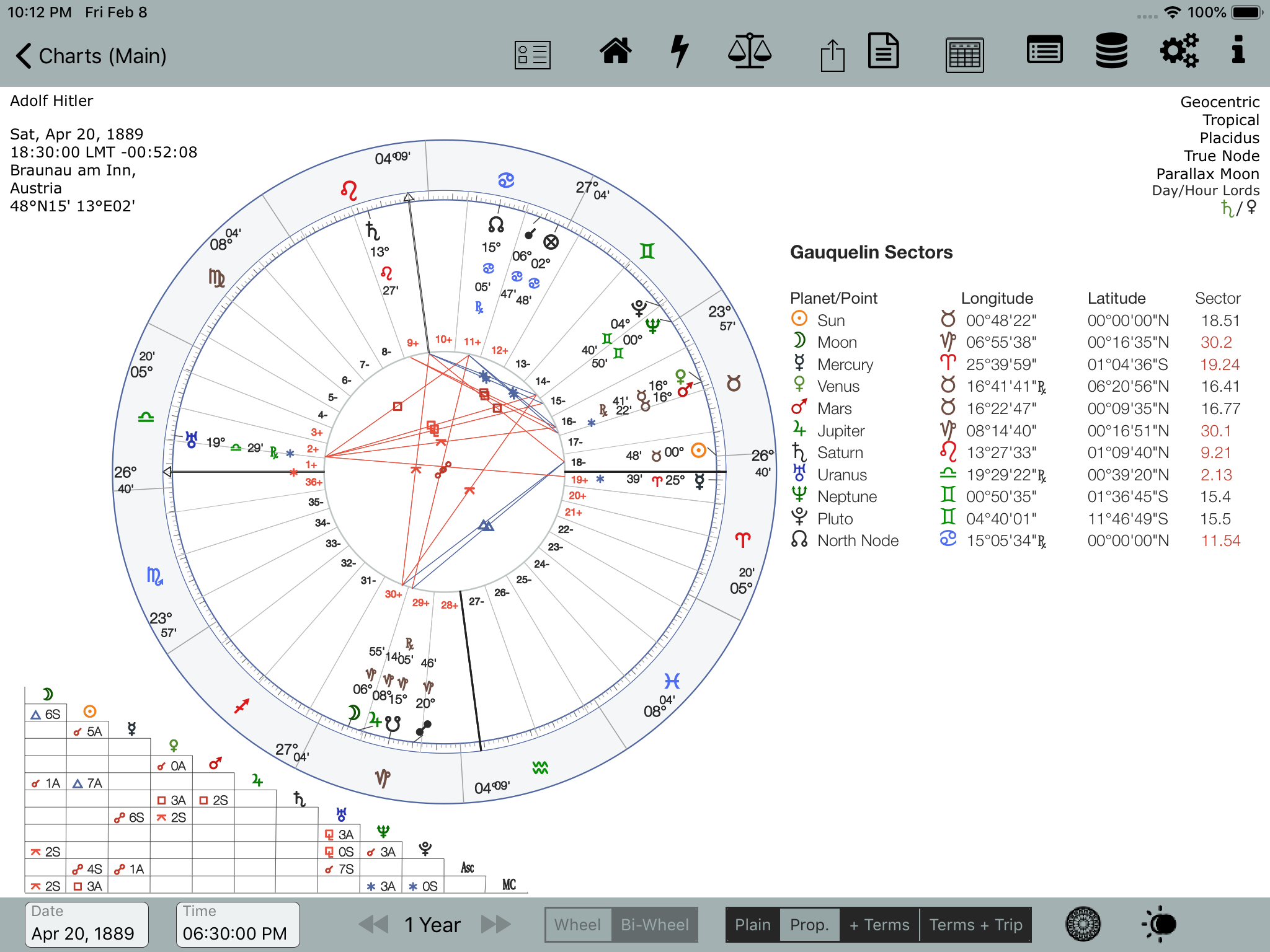 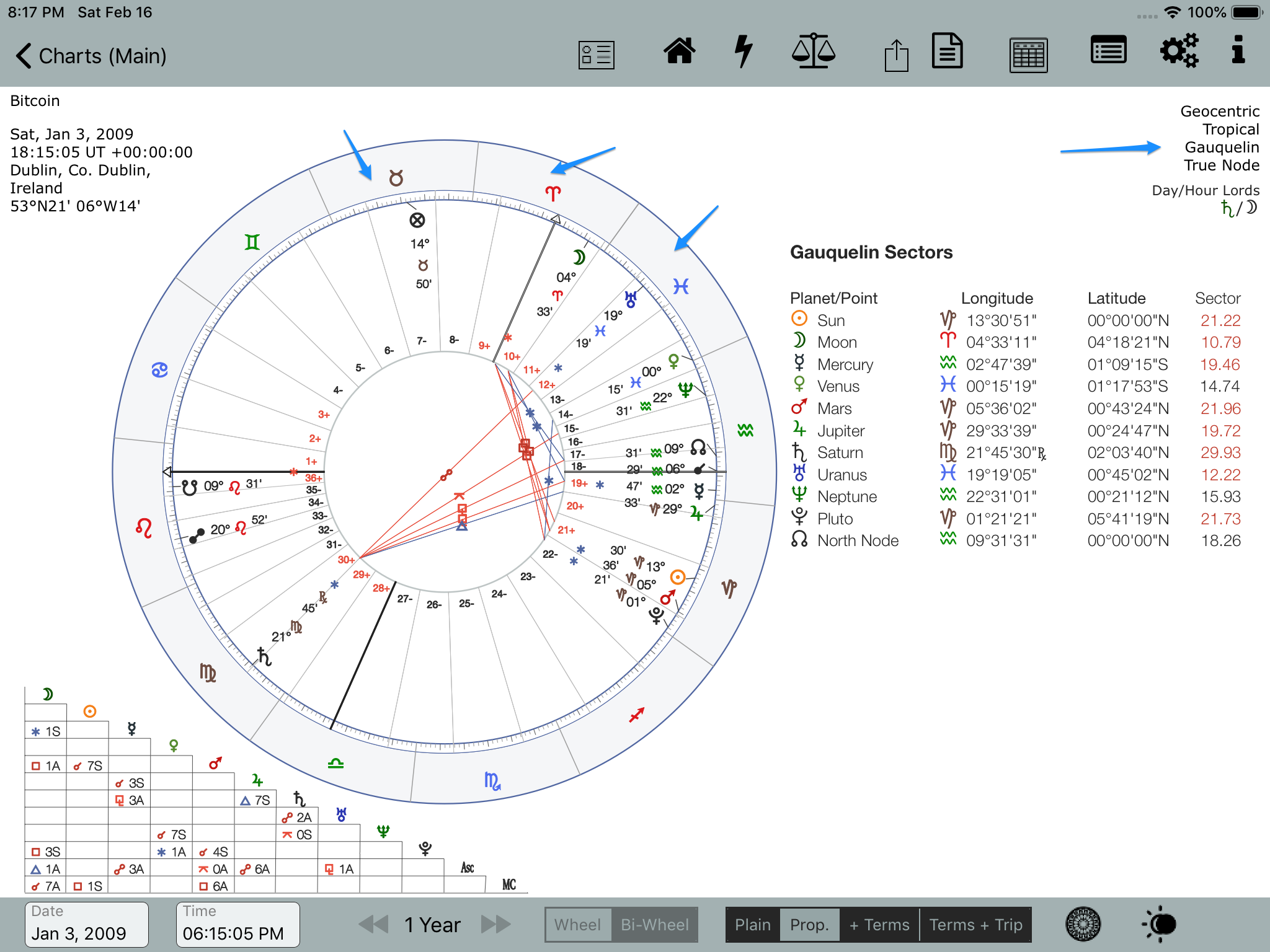 Gauquelin Listing in the Speculum, for View #8 and Your Chart listing 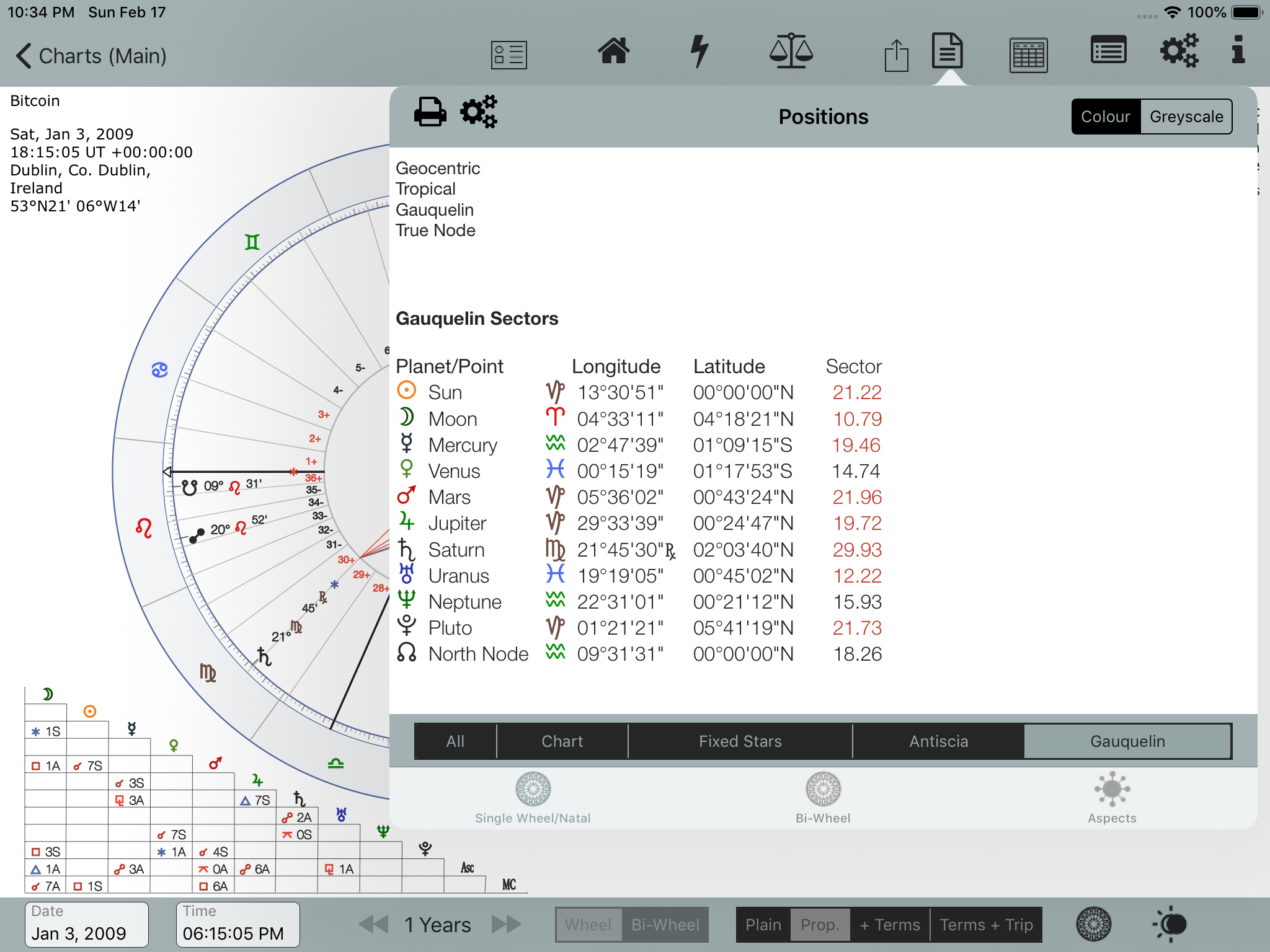 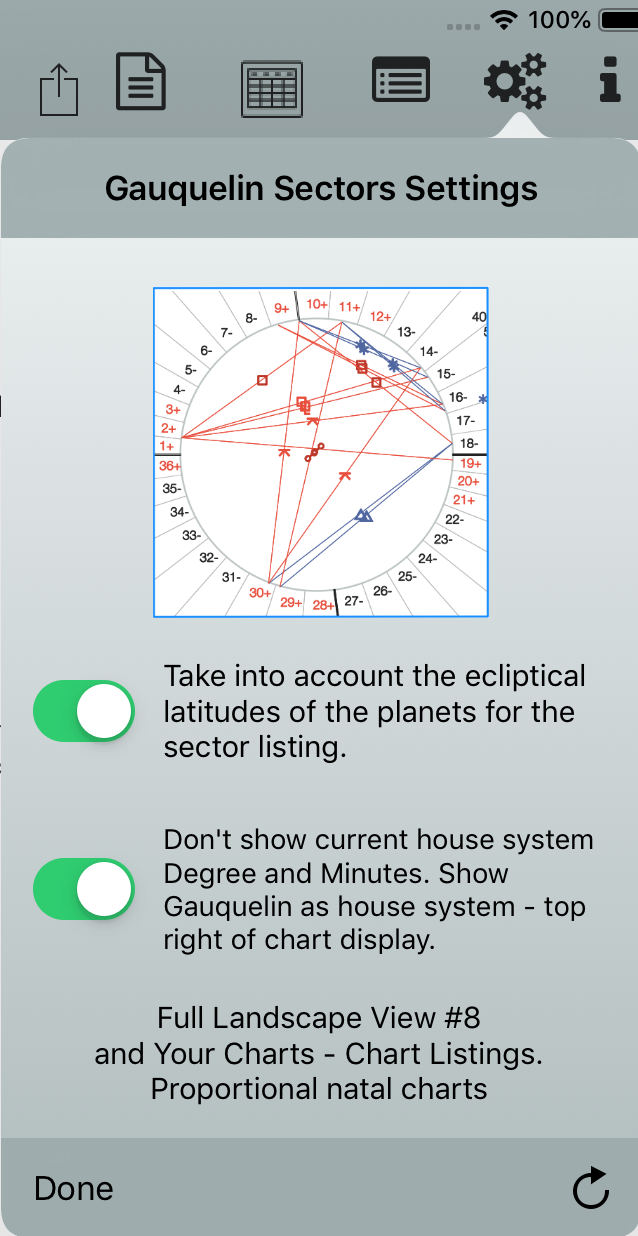 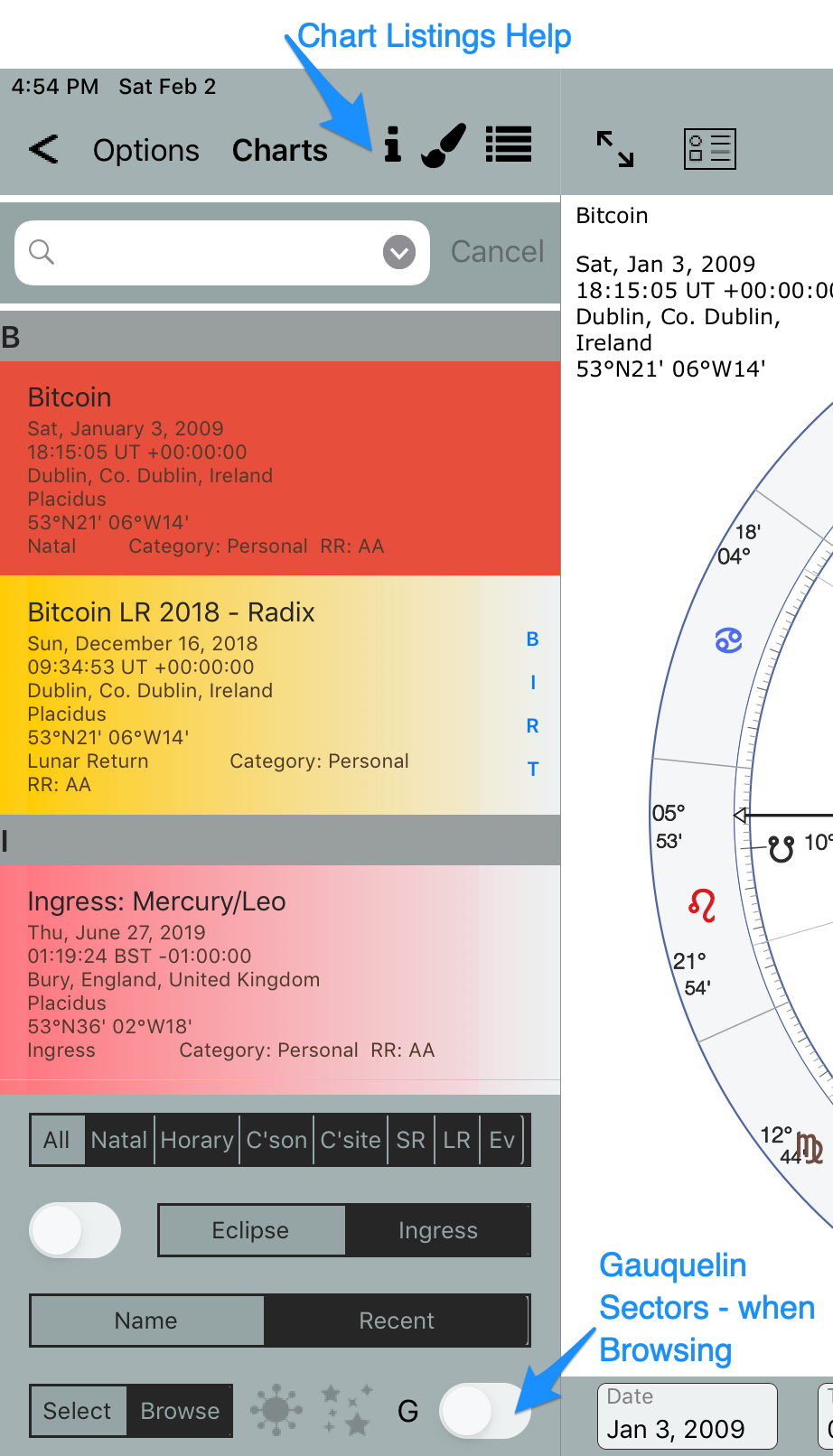 Example Chart, when Browsing is selected (Browse button – bottom left) and the G Switch is tapped. (G switch is green colour when active/enabled) 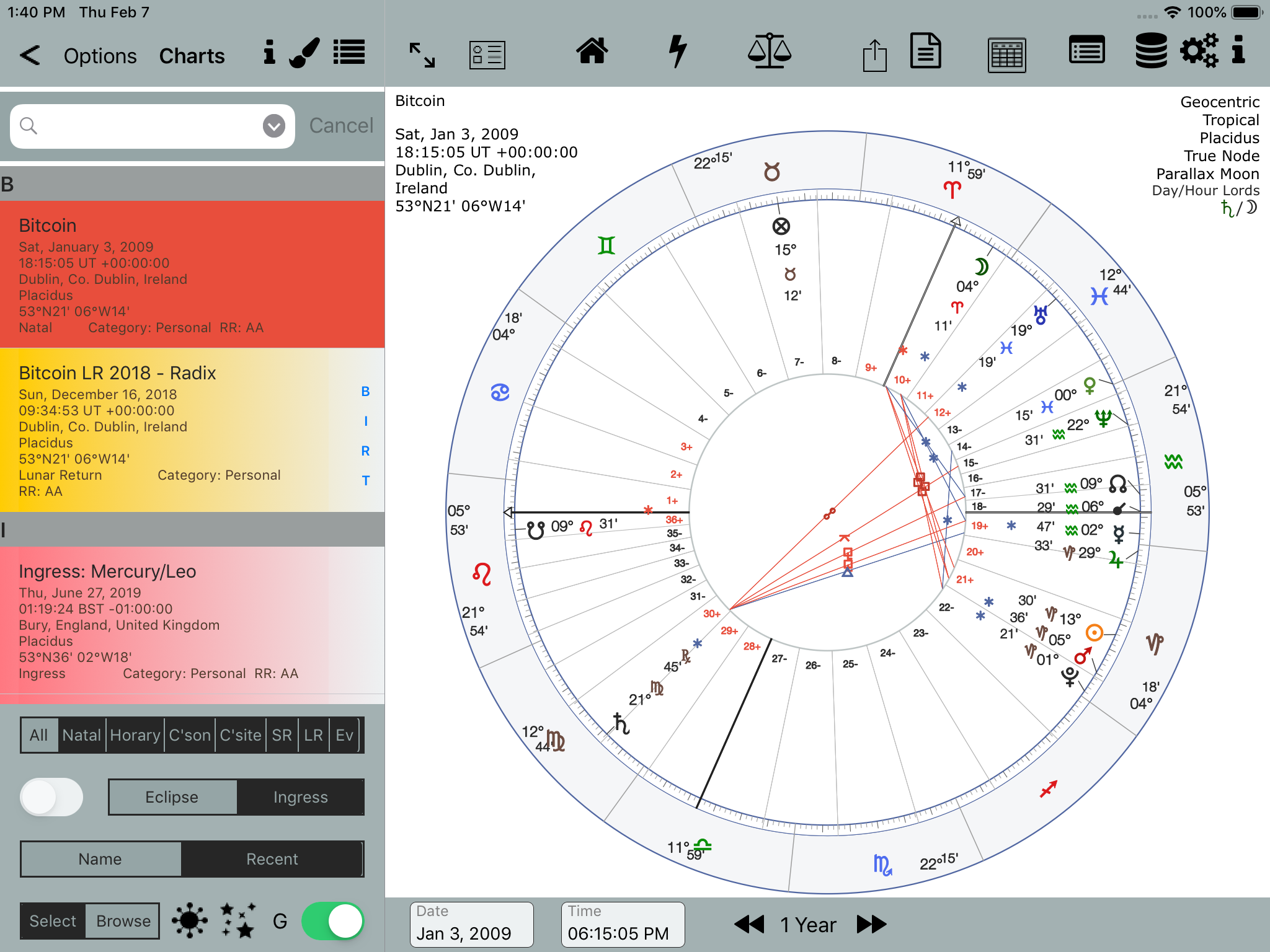 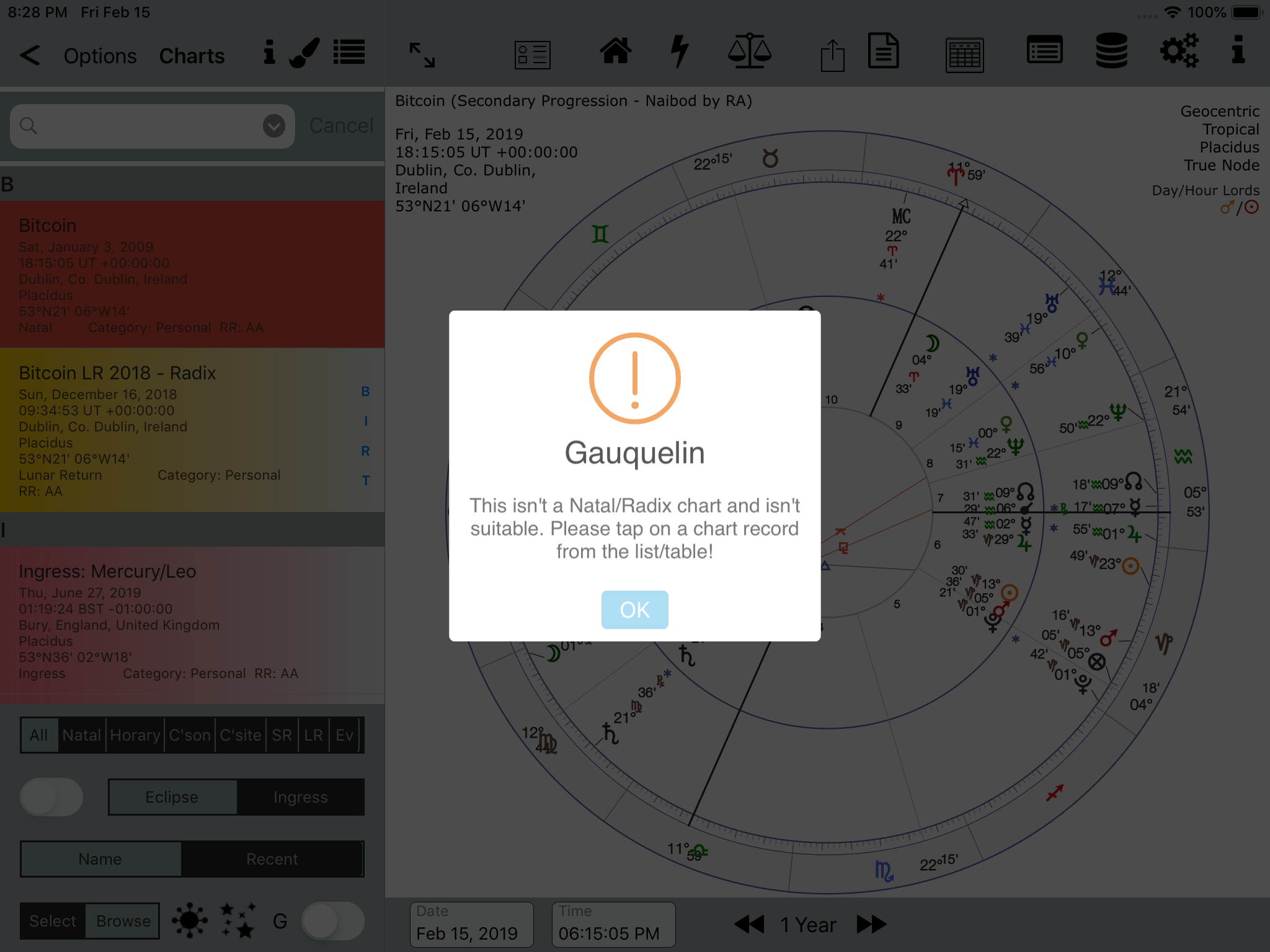 This can occur if a chart isn’t initially a Natal chart or is initially a bi-wheel chart. Easily fixed by tapping a chart record.