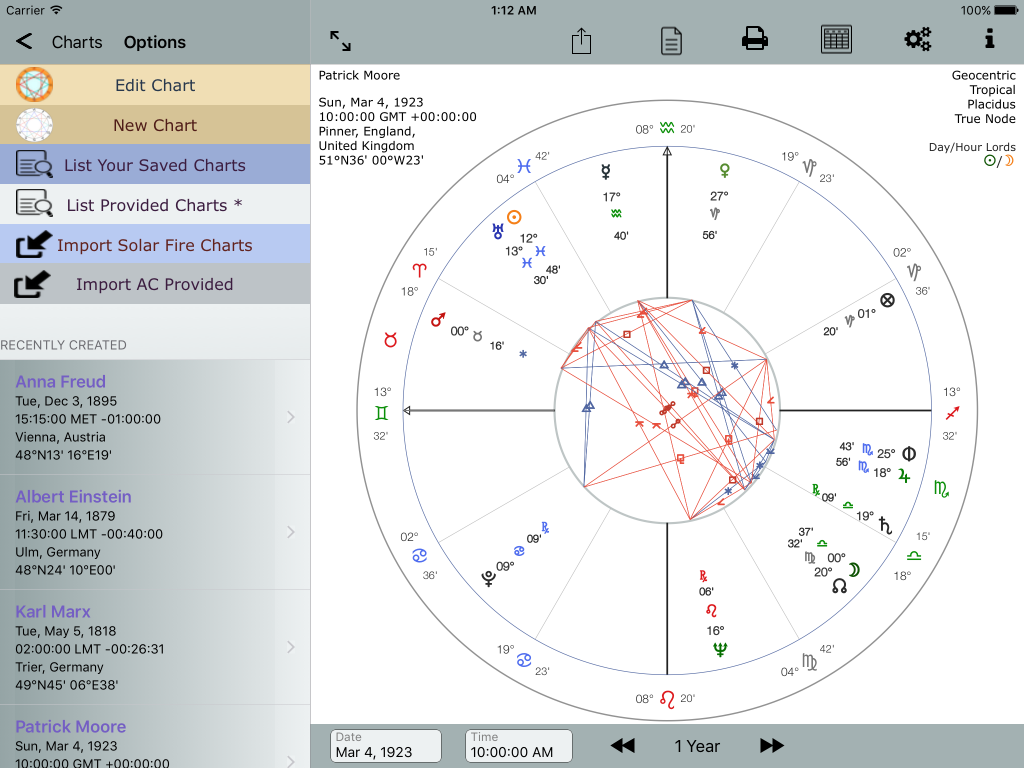 To deselect the record tap again (if required).

The cause of the failure is usually that the name of the town/village/city cannot be found in the lat and long AstroConnexions database. This is usually a spelling difference:

eg Weston-SUPER-Mare – not available in the database

Weston super Mare – not available in the database

To list the charts that you have imported dismiss Import Solar Fire Files and depending where they were saved tap the relevant List Charts, eg List Provided Charts

Because the export routine in Solar Fire does not allow the following values to be exported, they are given these default values: