Aspect Tables, an explanation of some of the settings. 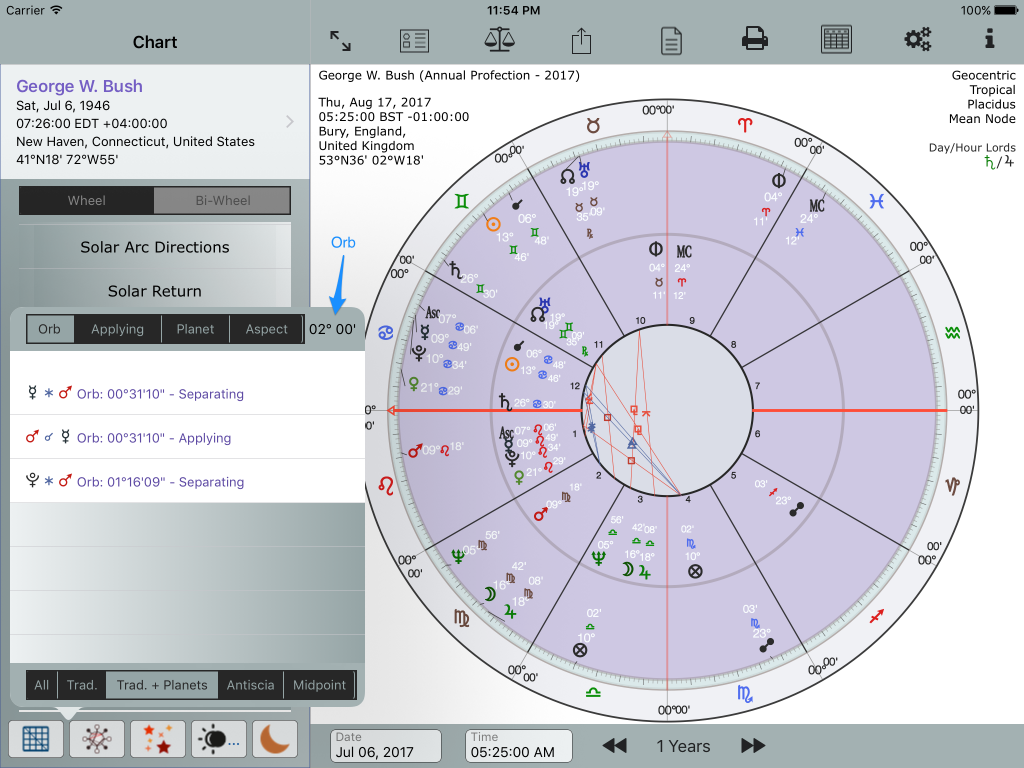 Aspect Table – the orb setting is now on the left 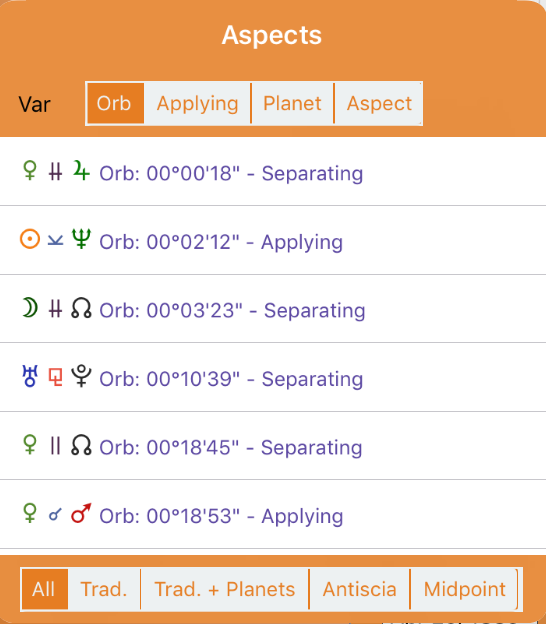 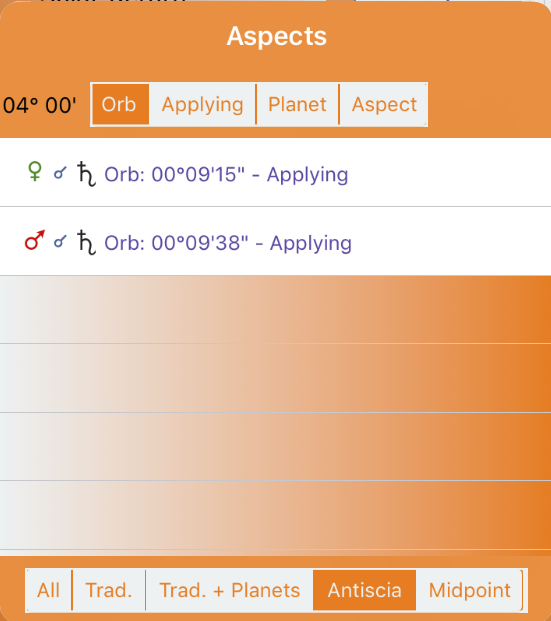 Note that all aspects are governed by the orb setting prevailing for the chart. 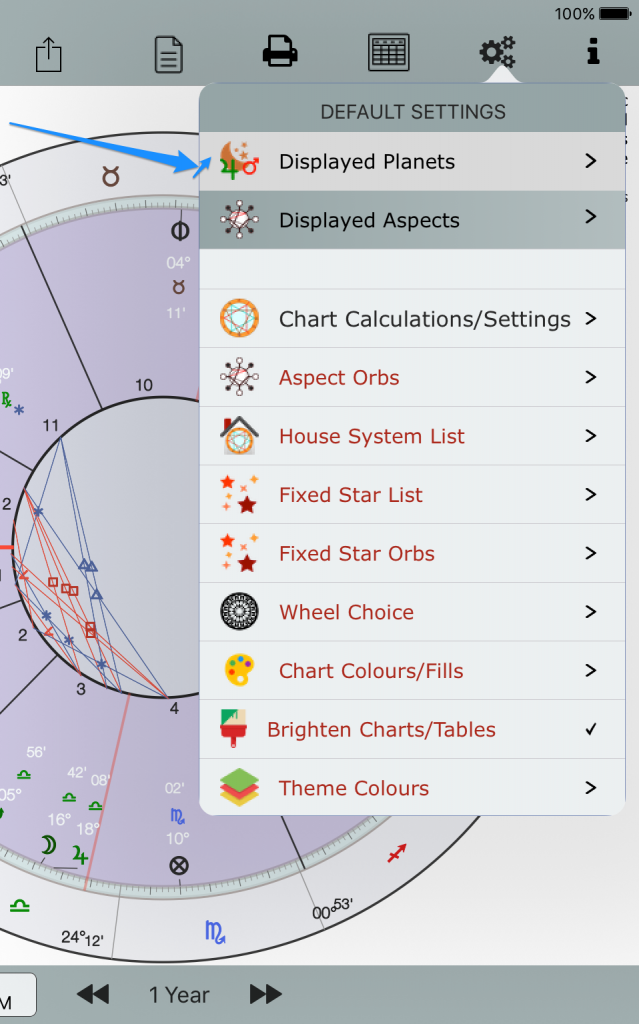 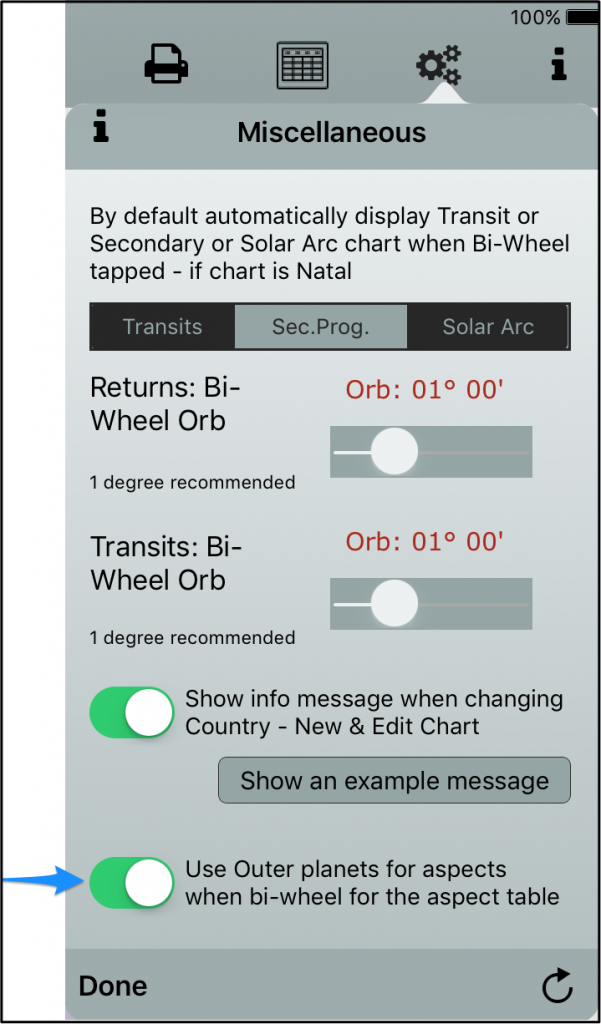 If this setting is enabled aspects to traditional natal/radix planets from outer planets are included in the aspect table, if the chart is a bi-wheel chart and Trad. + Planets is selected.

The outer planets (astrologically considered for AC) are Uranus, Neptune and Pluto. 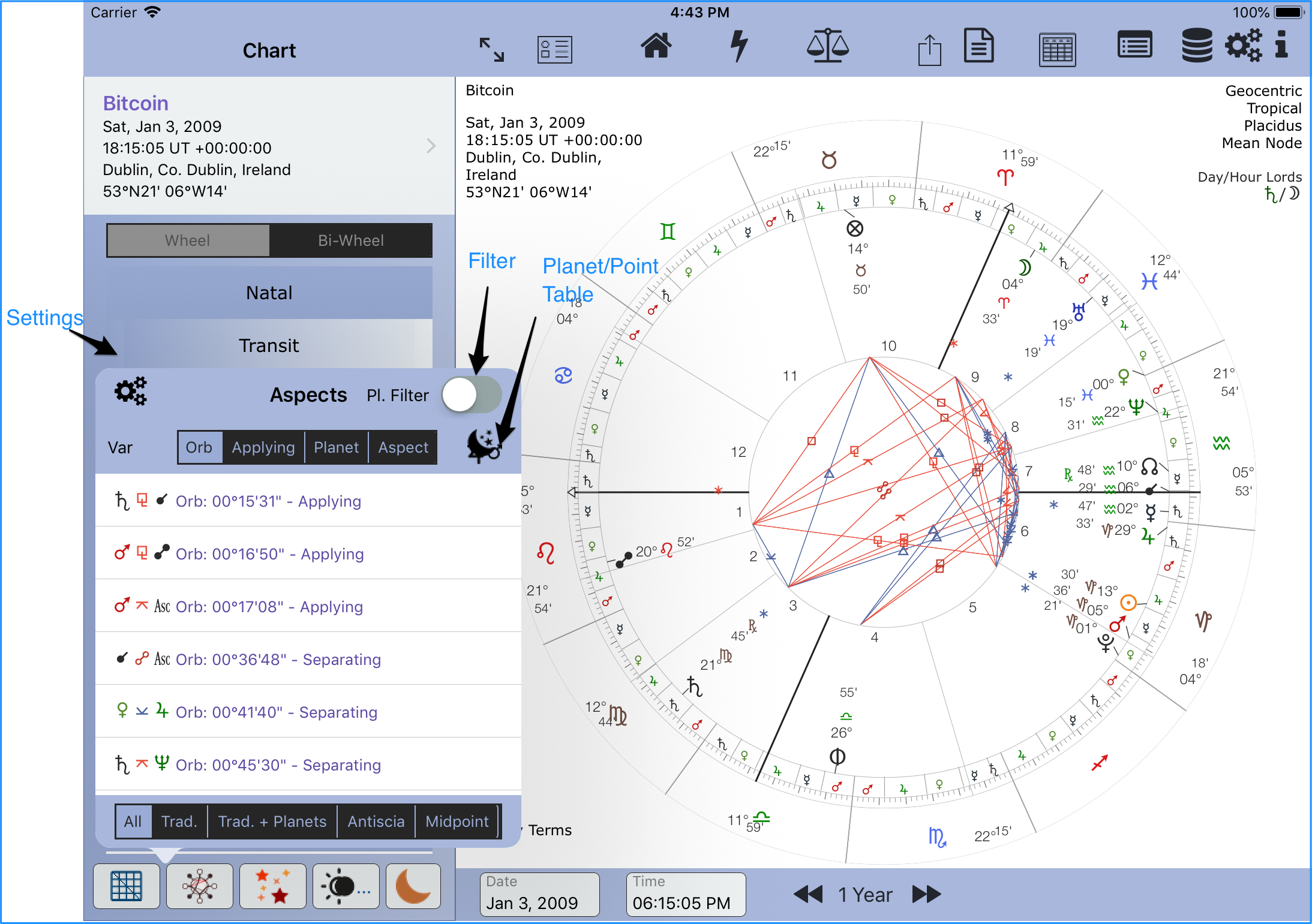