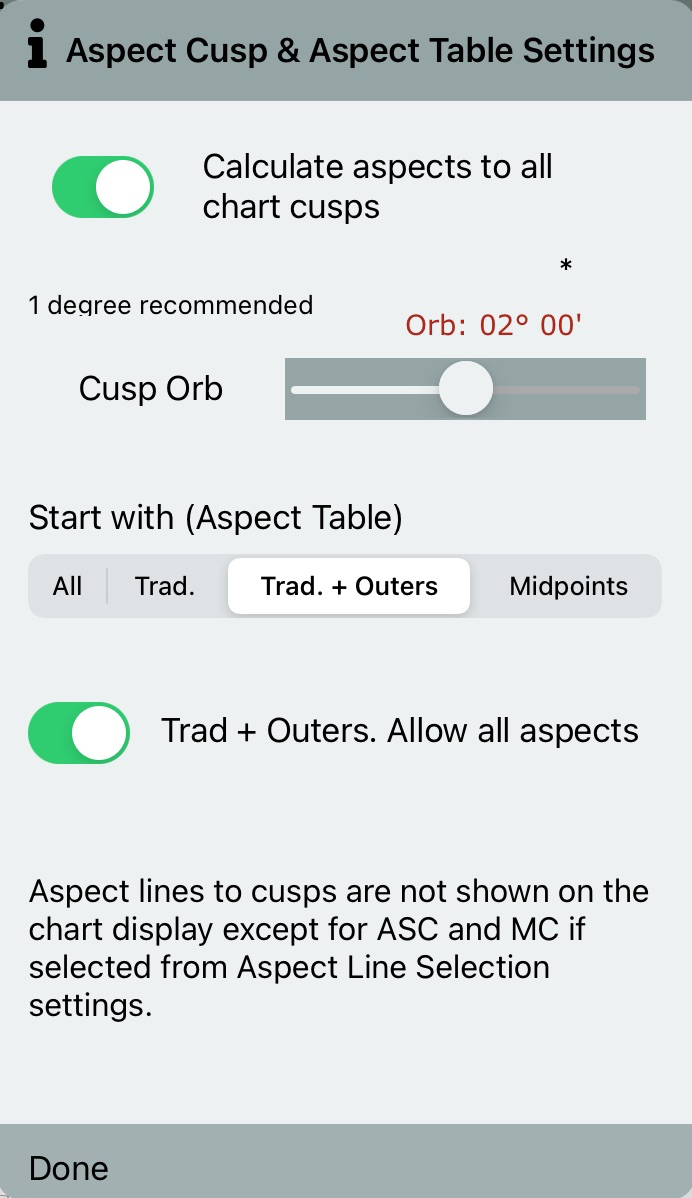 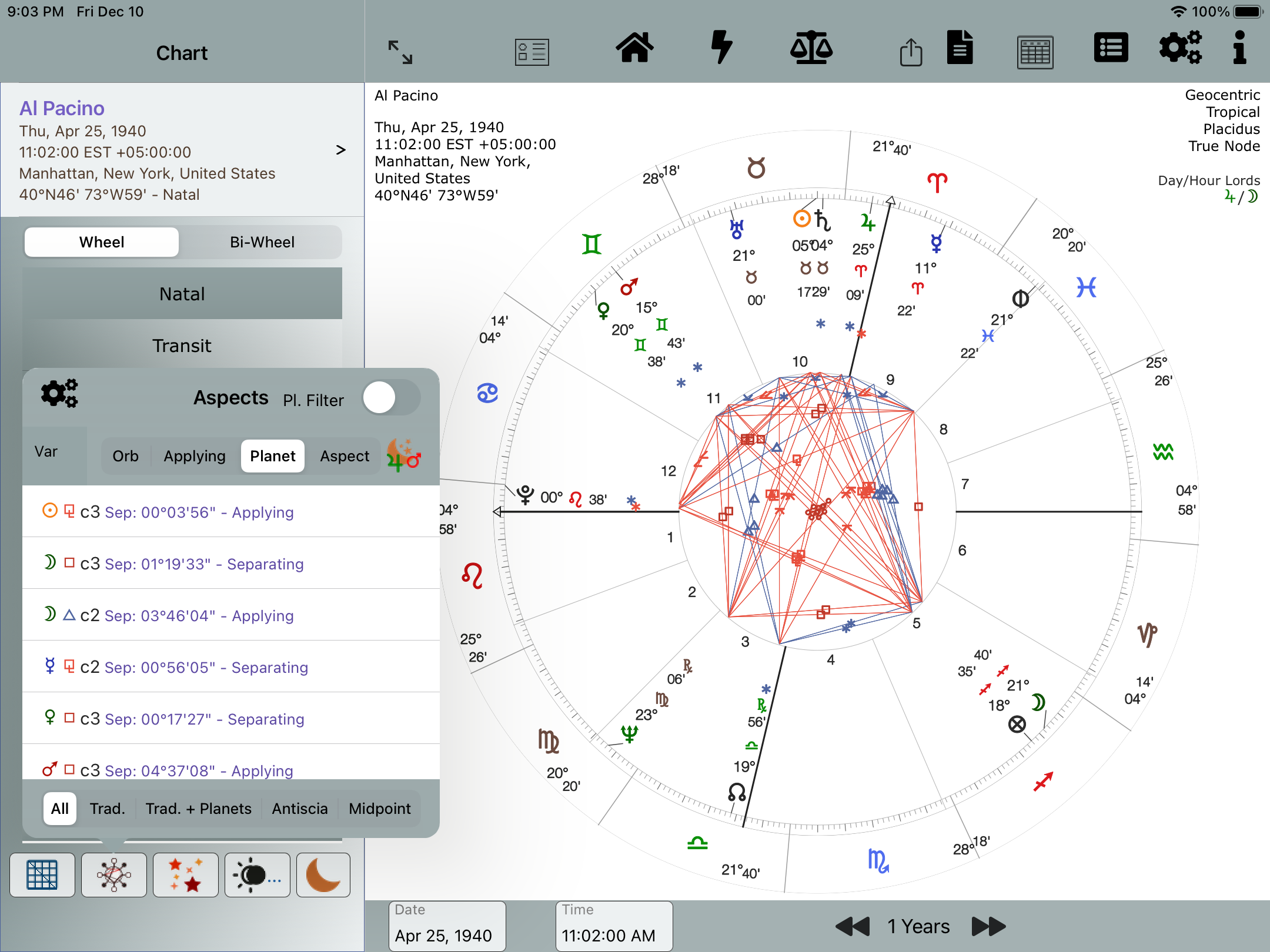 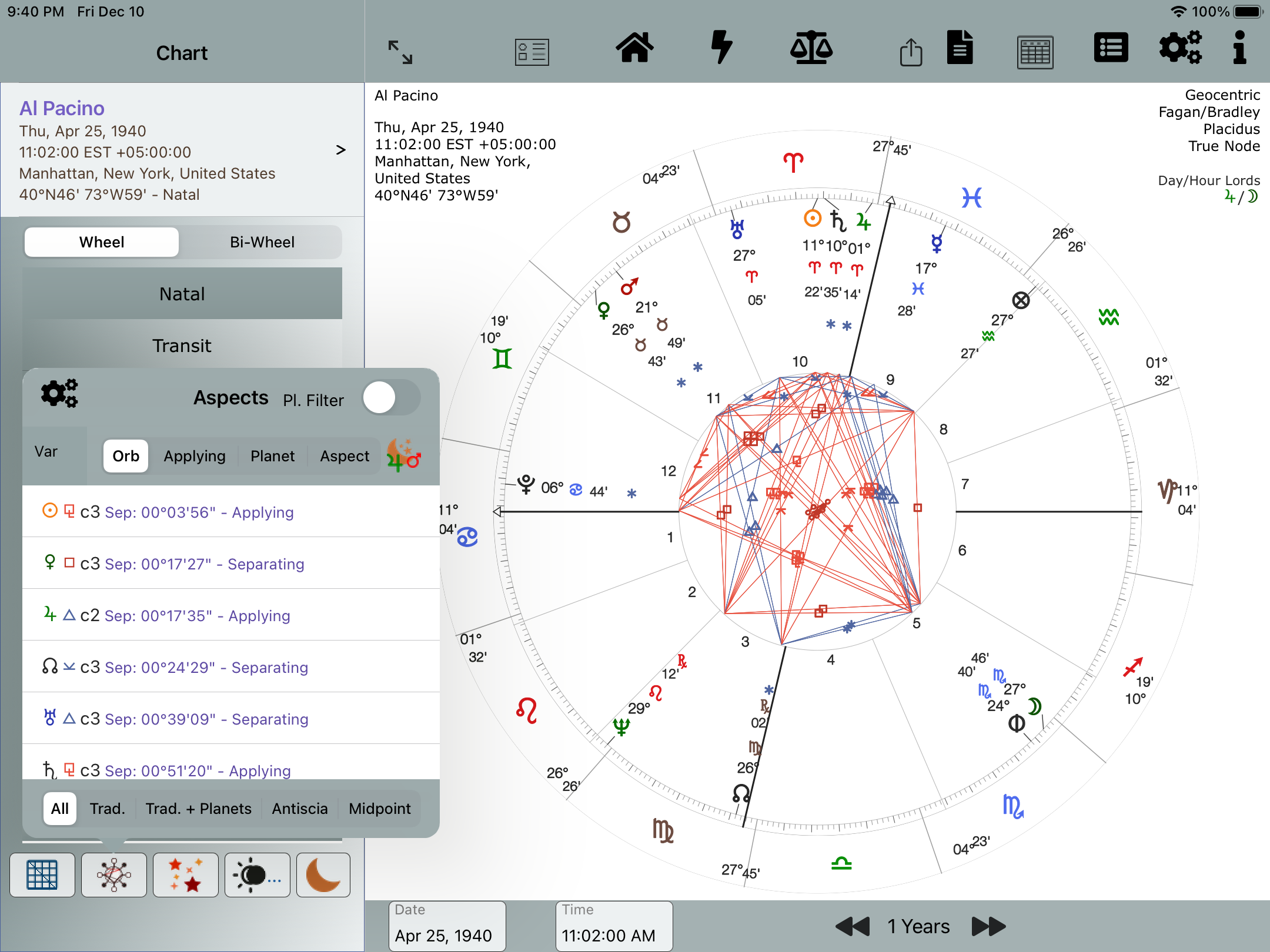 The image below shows part of a secondary progressed chart. This looks like a Mercury opposition to the 10th cusp but it’s not shown in the Aspect Table. Why? 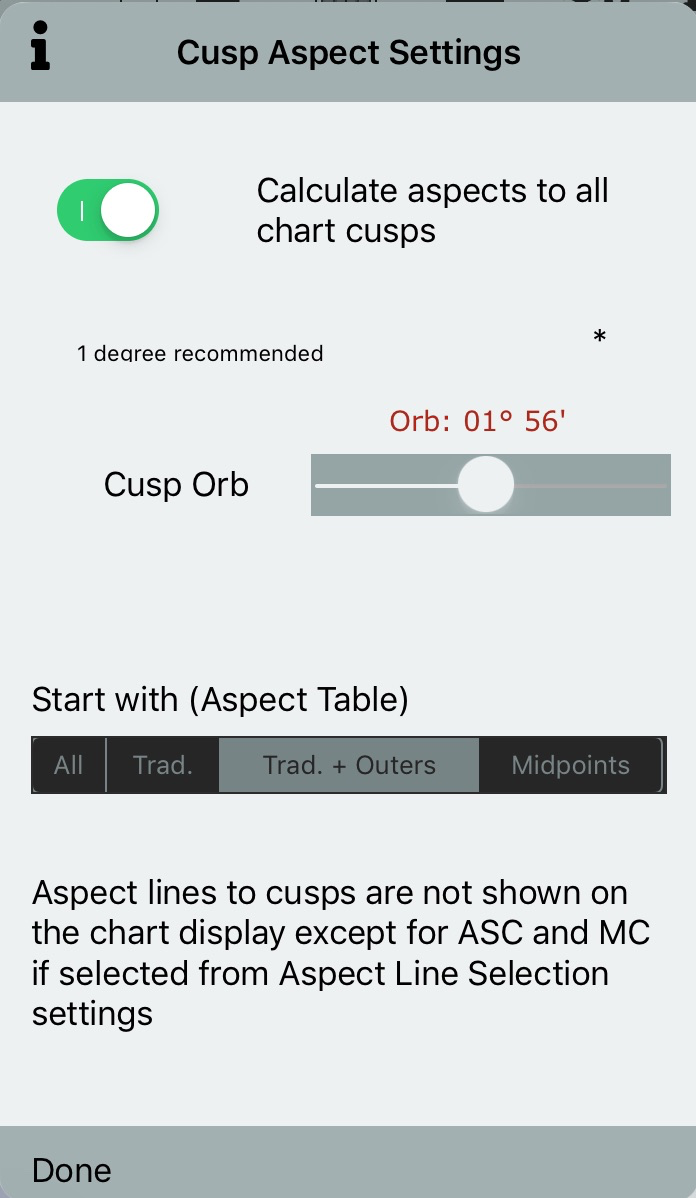 Cusp Aspect Orbs. Note the small star is a developer indicator the the cusp table is loaded. It will probably be removed.

The solution is to increase the secondary progression orb to two degrees. The orb is shown top left. Now the aspect can be seen in the Aspect Table. 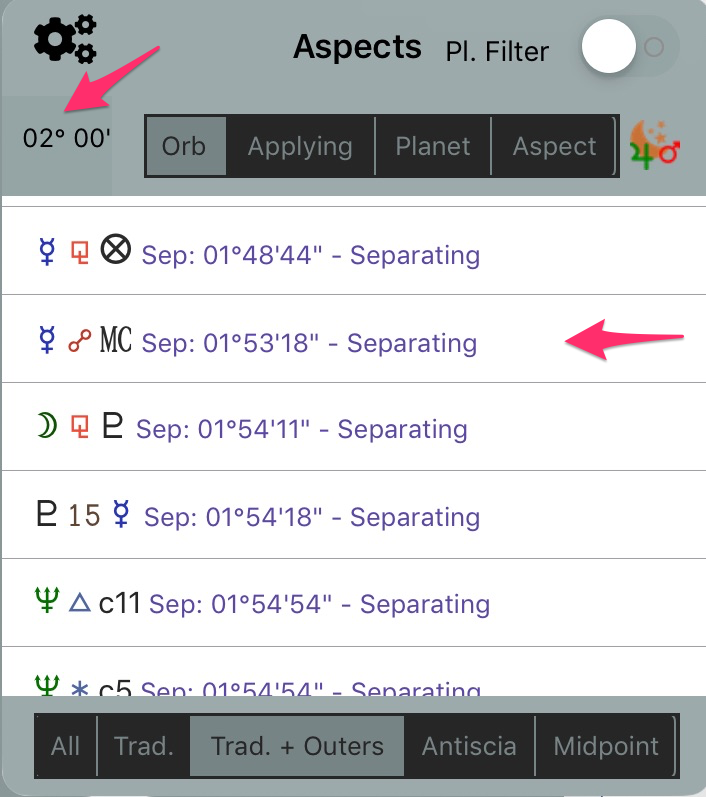 Note that View #10 has its own settings.

Note that the Horary setting overrides the settings here. If the chart is a Horary chart.