Missing aspects when there is a significant CIT

CIT Analysis: Missing aspects when there is a significant CIT –

This article should be read along with the AC post: 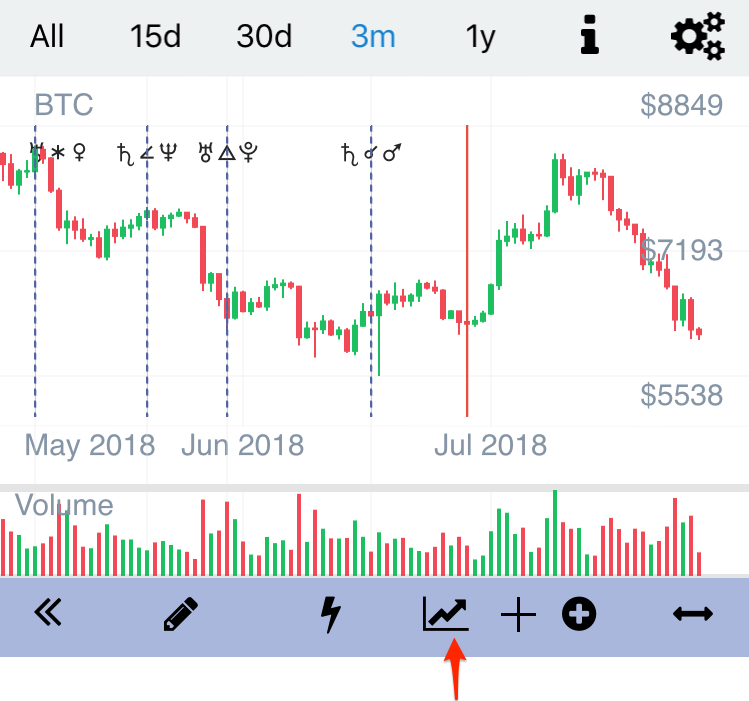 To get to the CIT Analysis form tap here

The question is: what are these supposed longitude positions of a planet that aspects these CIT’s? How are they found?

It may be possible that that the Asc and MC are inaccurate and the Missing CIT Aspect procedure/form may help to find the true positions of these points. Thus, this is a rectification method.

A suitable procedure would be as follows:

Note only transiting aspects to the radix are used to calculate the aspect hits in this example as was shown in the AC blog post.

4. Review the data to see if there are (multiple similar) longitudinal positions of Saturn (and other planets) that might indicate a point that that is significant. Please see the screenshot below.

For instance by reviewing the results of the calculation it may be that Saturn’s (and Neptune) longitudinal position for different CIT dates are at 12 degrees 02 minutes. This may indicate a sensitive degree that is associated with particular point, in this case the radical MC. It may be that there are other sensitive degree positions but they may not be so easily associated with a particular point such as the Asc or MC. 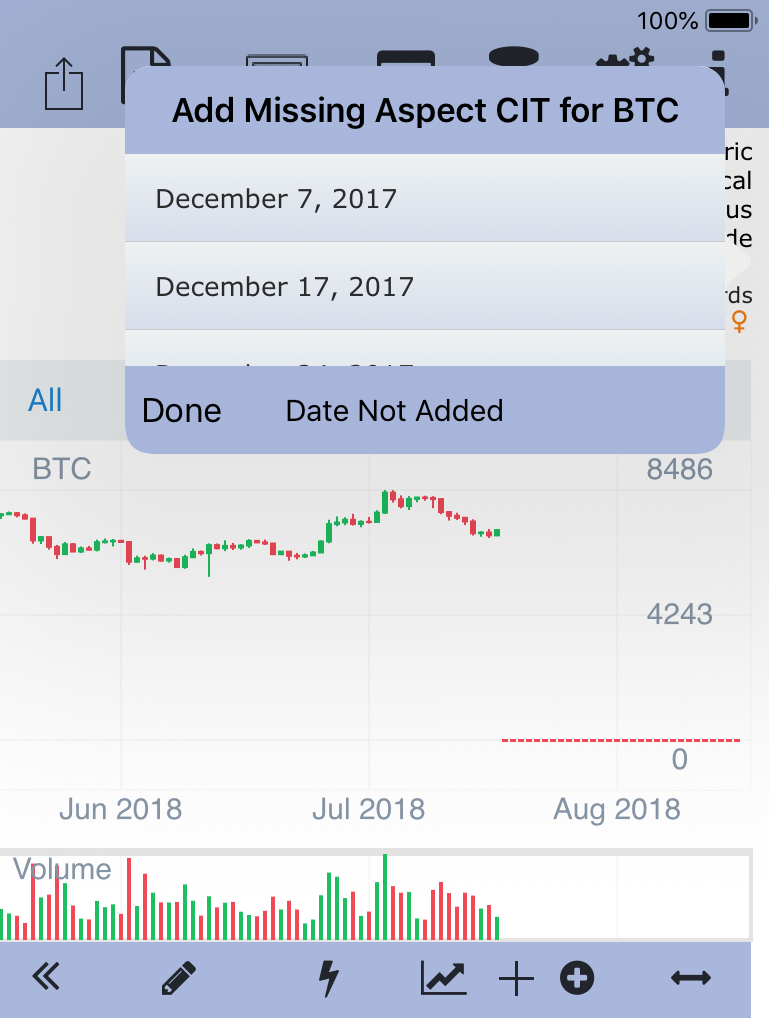 When a date is successfully added: 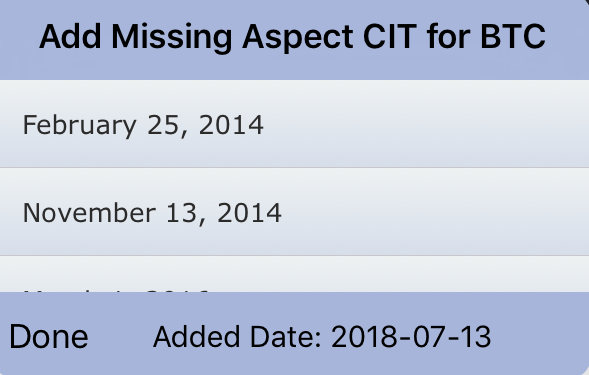 Swipe left to delete a record 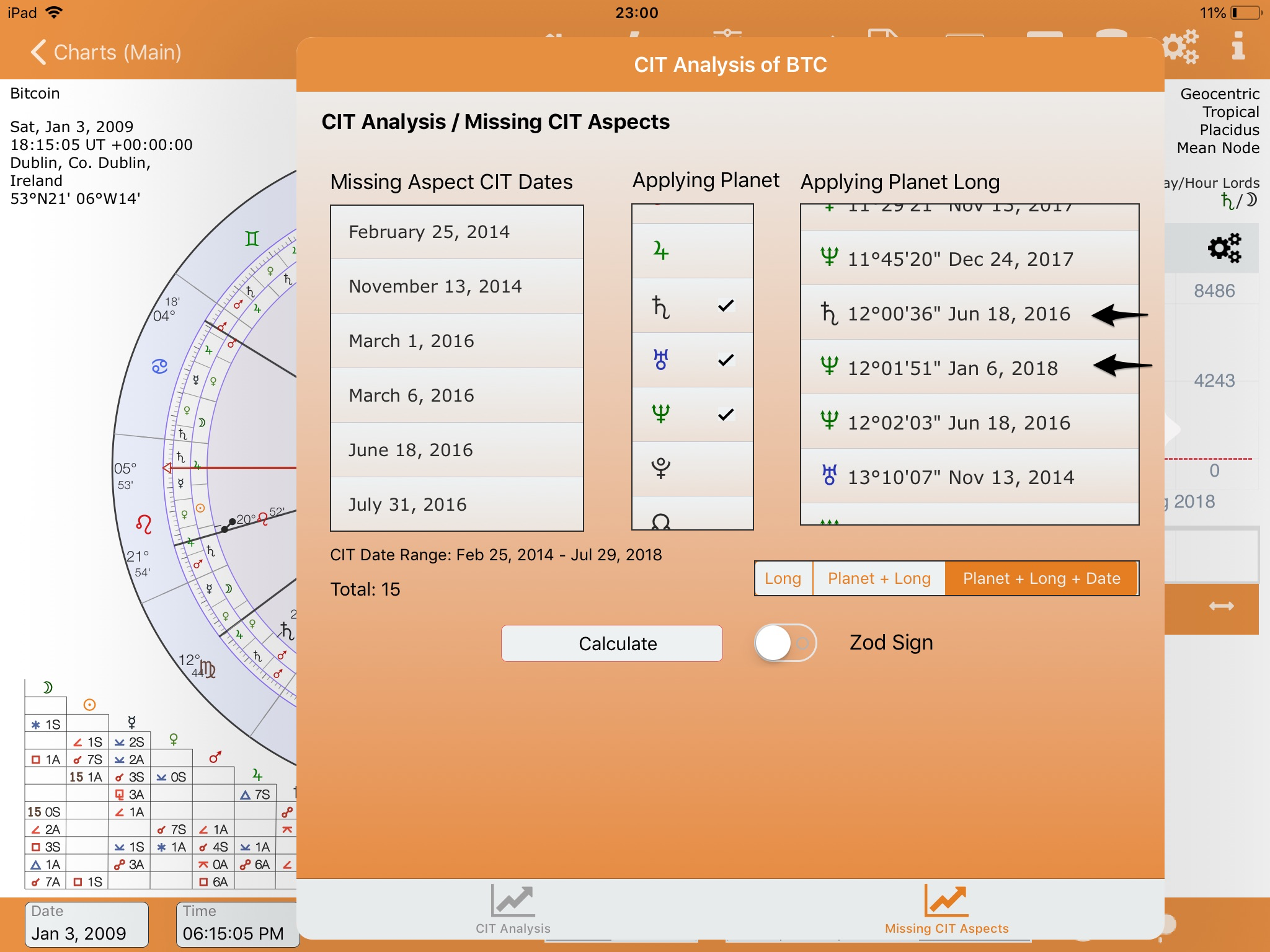 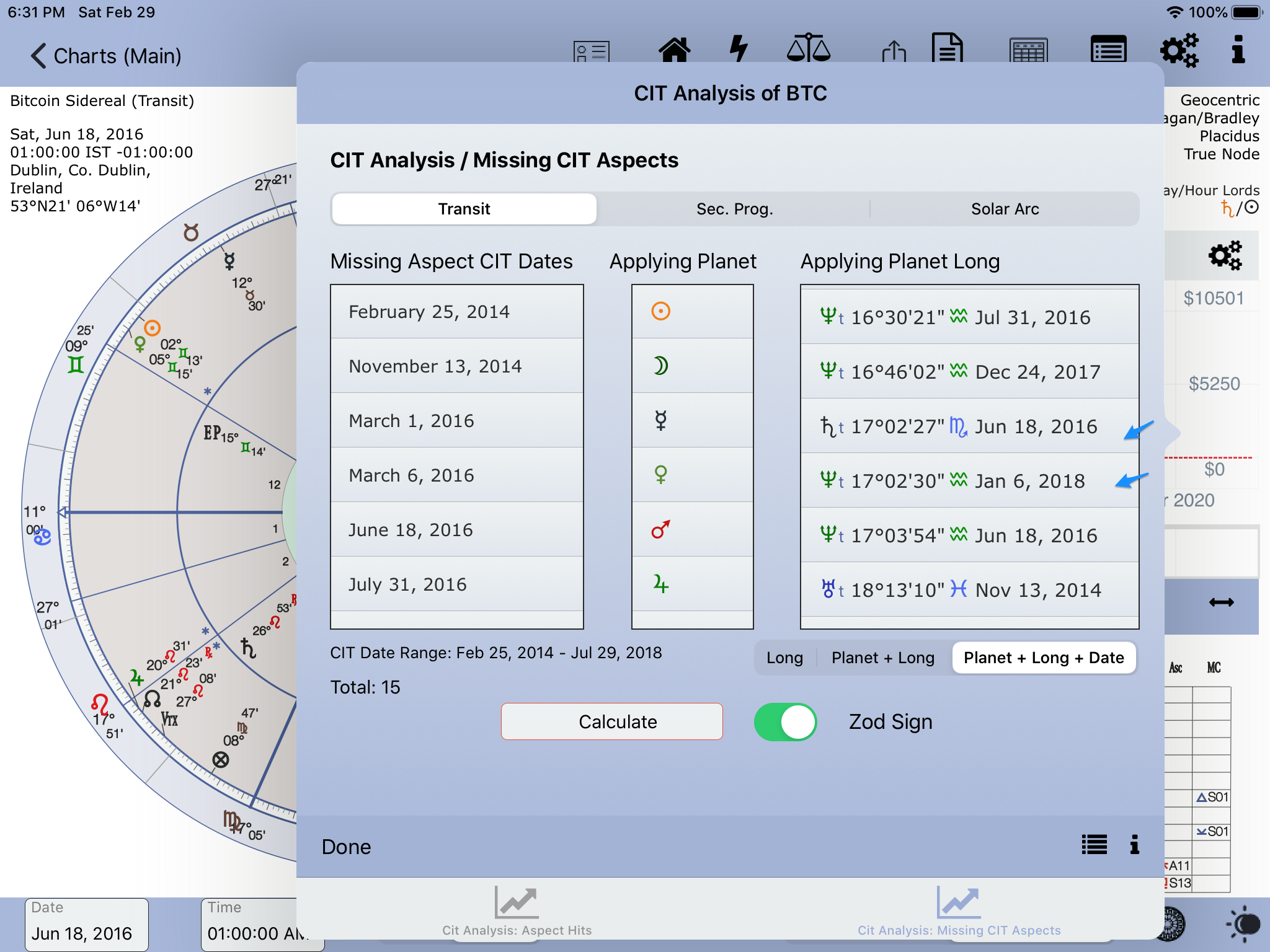 Bitcoin Sidereal Aspects to the MC 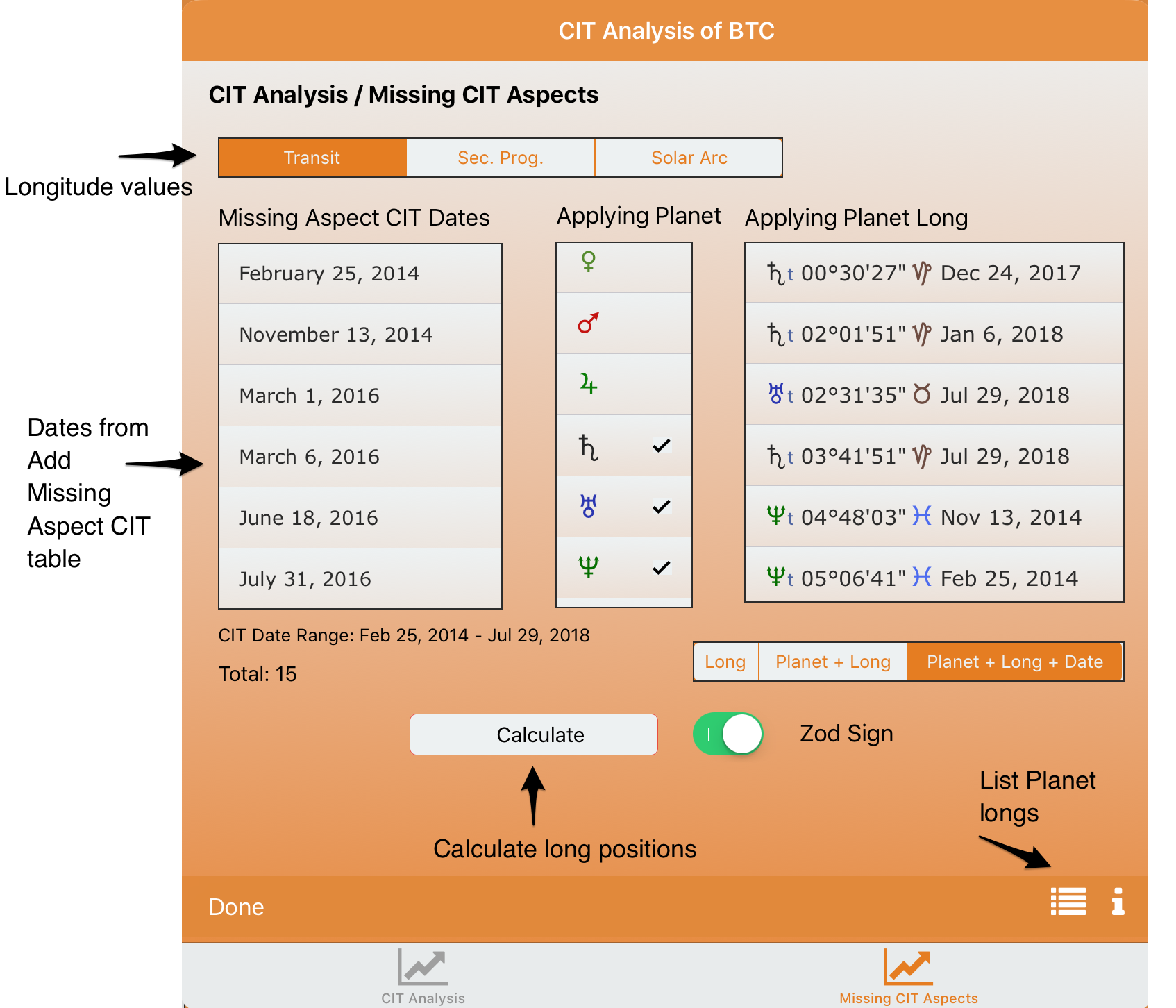 CIT’s – from coinmarketcap.com, and the corresponding BTC charts 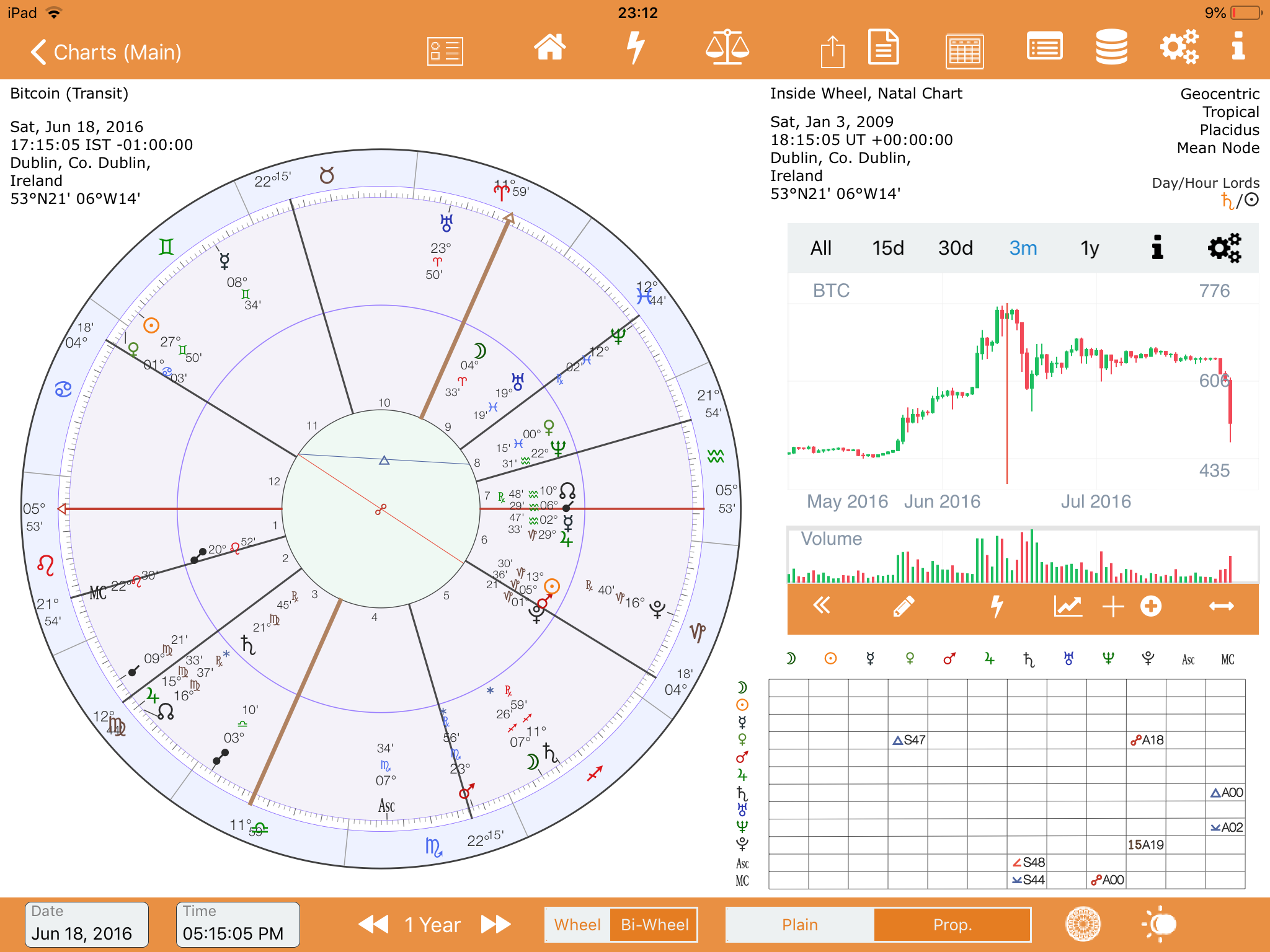 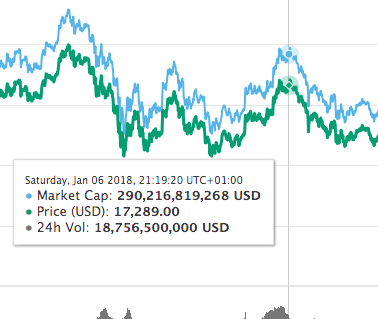 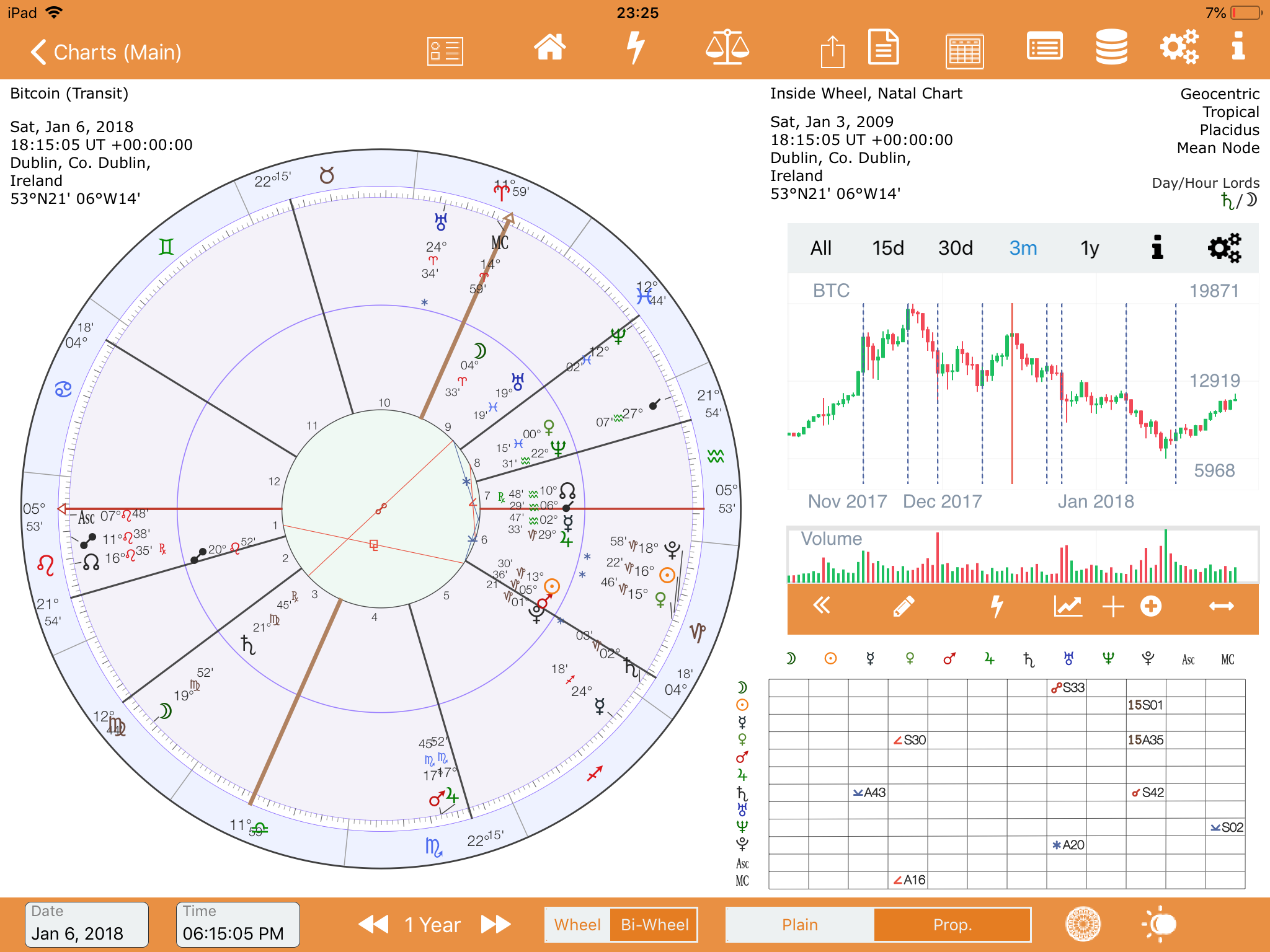 Another example of transiting Saturn aspect to the MC 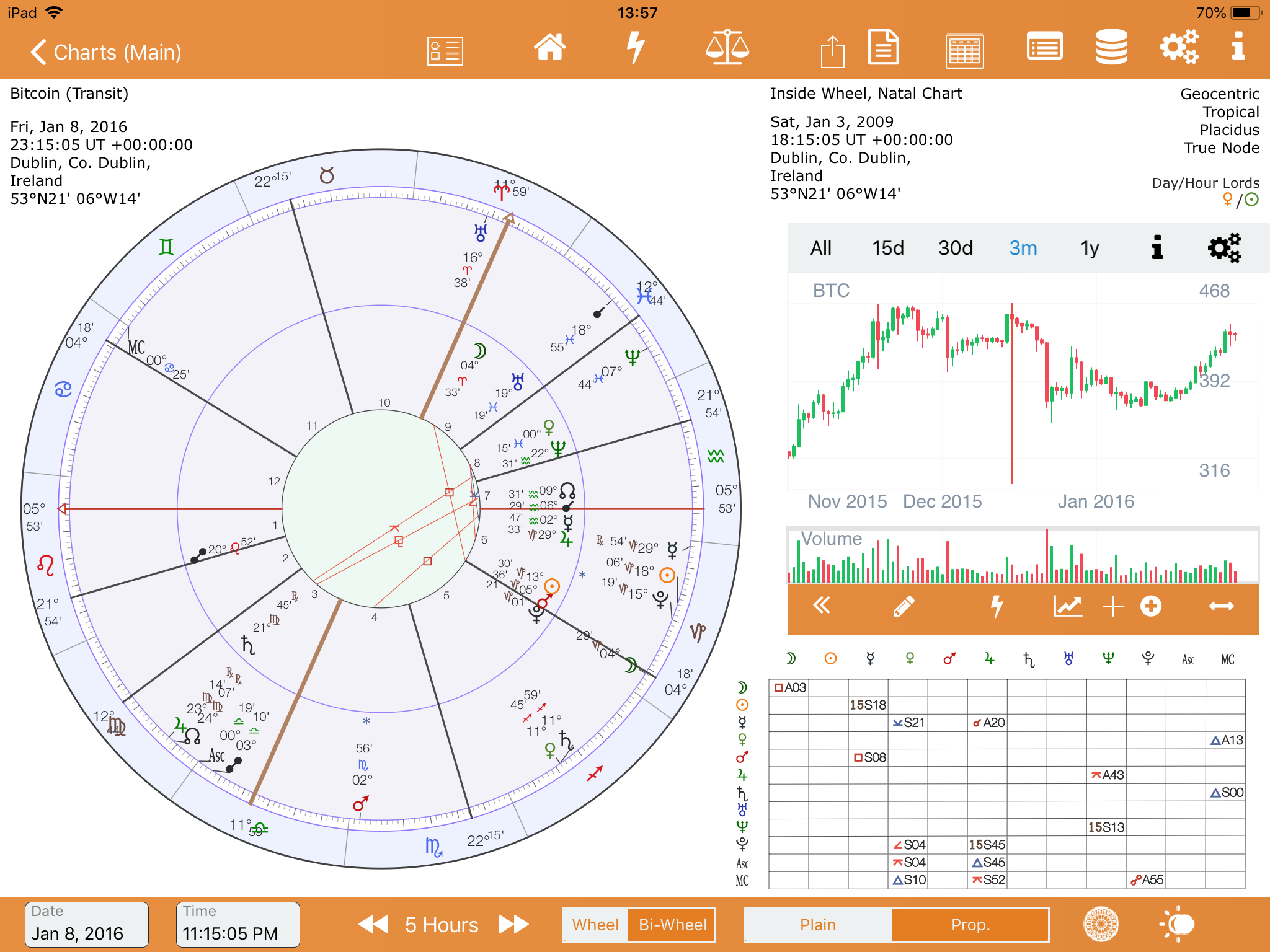 A new table for the added Missing CIT dates is provided. Records are identified by the stock or crypto currency.

Personal points such as the Asc, MC etc are not calculated for transits because the time used always the natal UTC time.

However, these points are calculated for Secondary Progressions, and Solar Arc directions