Most desktop astrology applications can export their charts files in the quick*chart format. These files can be imported into AstroConnexions.

A quick chart file can have one or more chart files:

The file with a qck extension should be placed in your apps/AstroConnexions Dropbox folder. 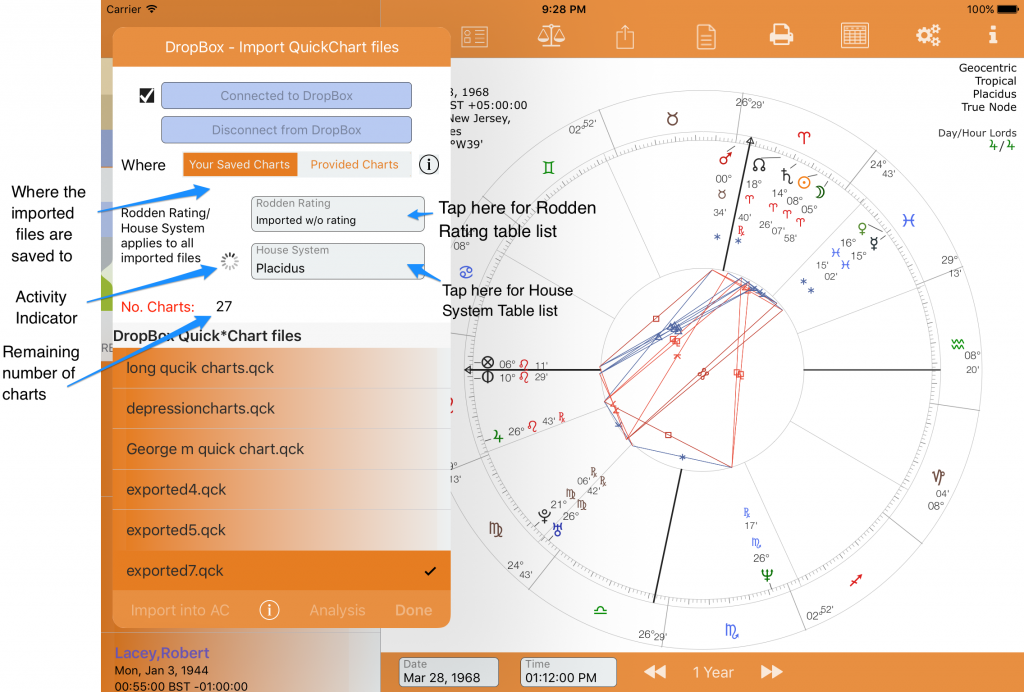 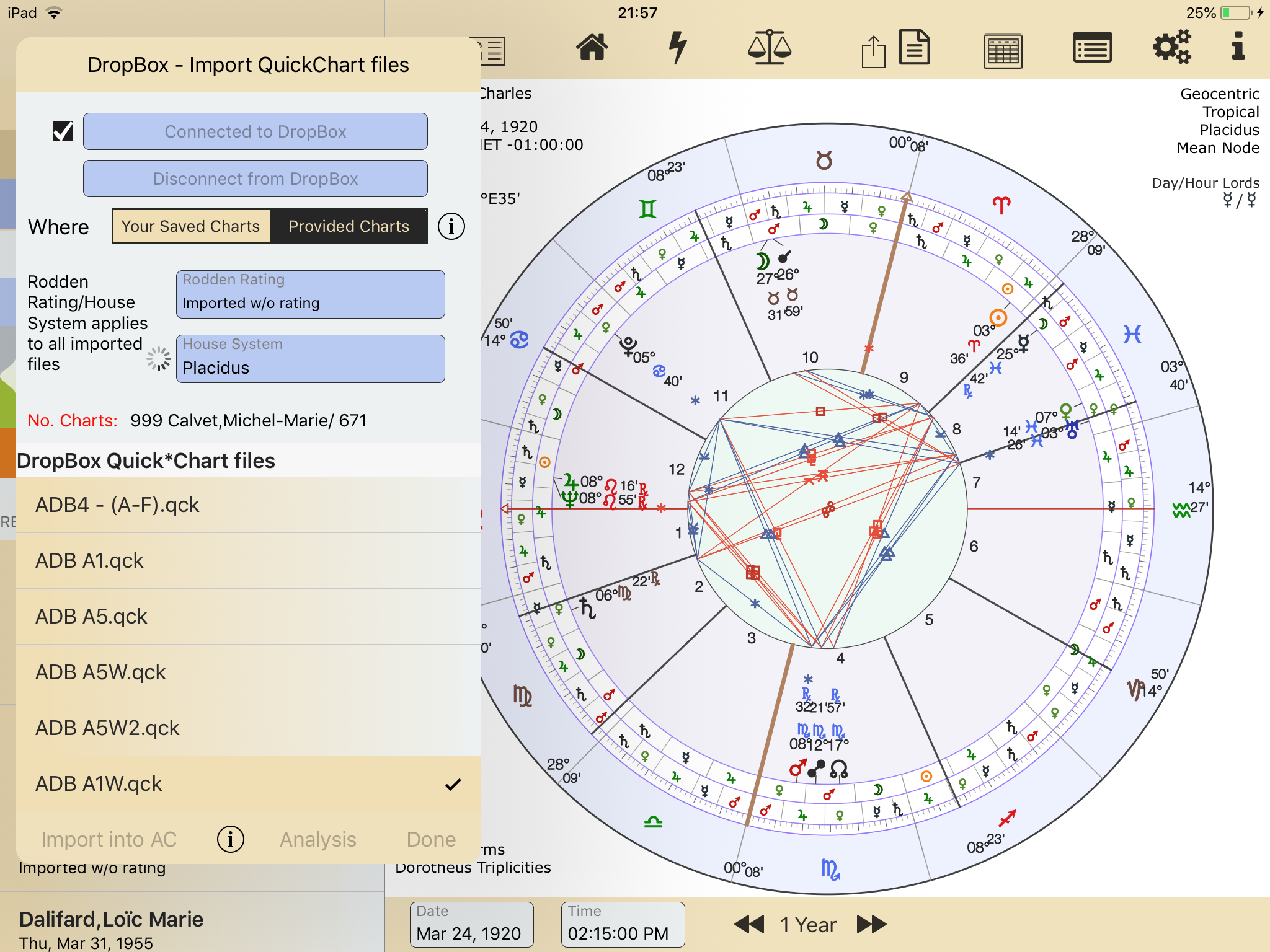 Here’s a video that shows part of the process of importing quick*charts. 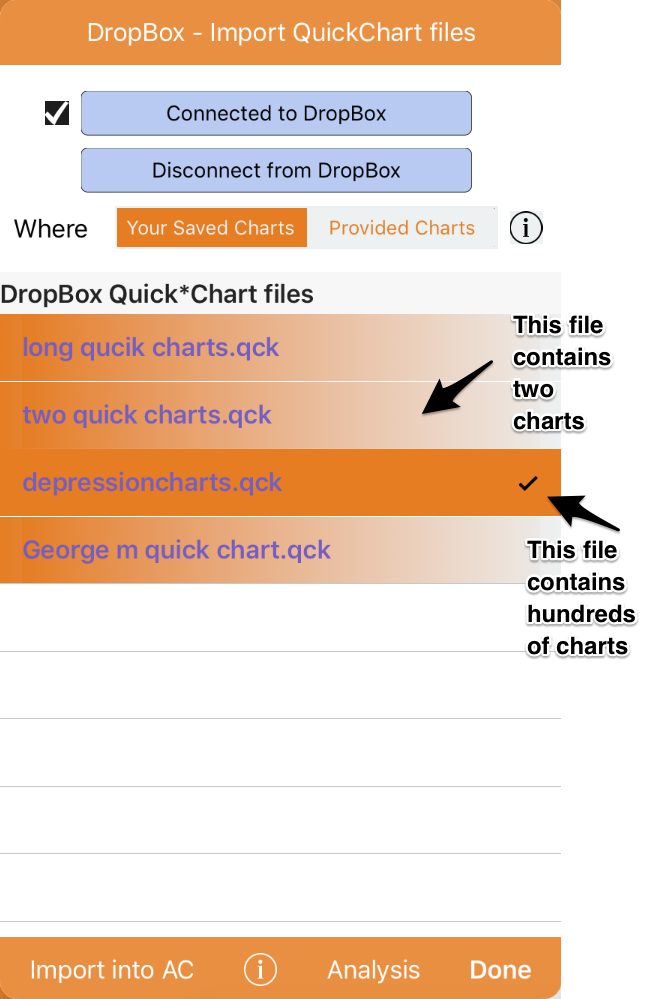 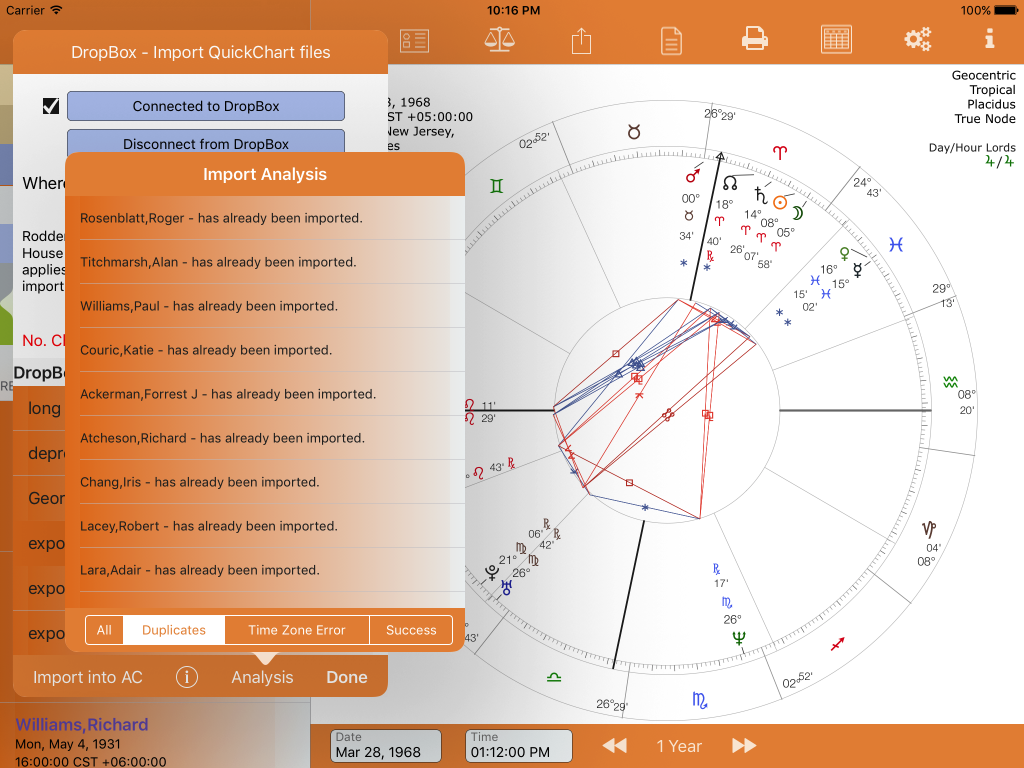 All = everything the report has garnered about the import results

Duplicates = charts already imported and/or charts with the same name

Time Zone Error = charts that don’t have a town/city in the AstroConnexions database. These charts should be created separately and the map search option used.

Not all quick*chart files can be imported into AstroConnexions. This is due to a number of factors:

These files/charts can be handled by the Reverse Geocoder 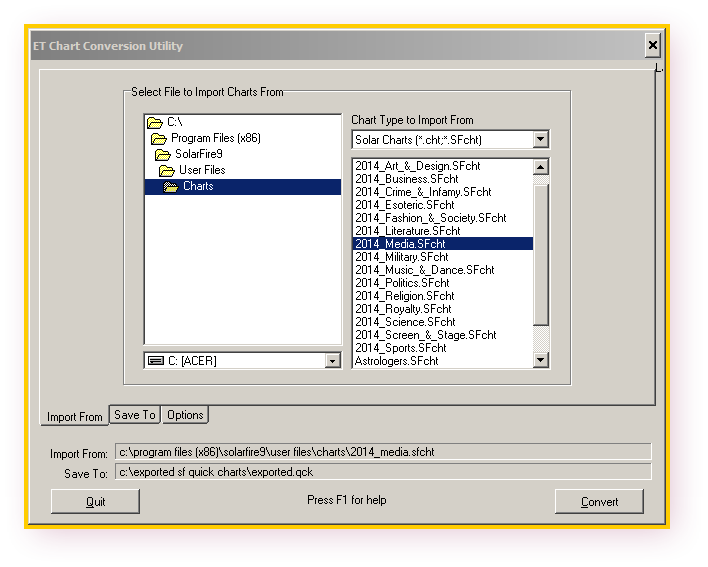 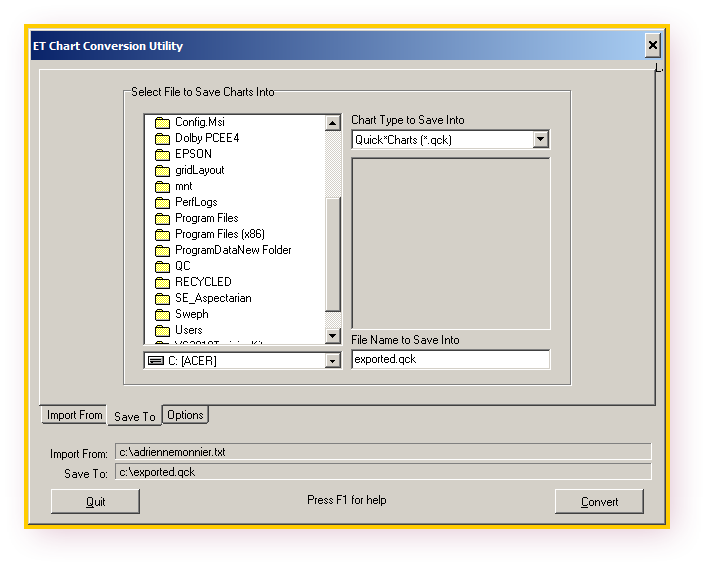 Quick chart files are text files so they can be loaded into a text editor and modified.

The process of loading, processing and analysing 10’s of thousands of quick charts can be slow. It may more convenient to divide a large qck chart file into smaller ones, and save to your Dropbox AC folder. One reason for doing this is that there may be many chart records that require using AC’s geocoder.

Why doesn’t AC process geocoding as a batch. Apple applies a restriction:

The geocoding service which supports CLGeocoder is not meant to batch geocode locations, but is meant to be used as necessary as the device moves, and places and addresses need to be shown to the users. Selectively and sparingly. If you must, the general rule of thumb is to not send more than one geocoding request per minute.

Don’t forget to use the extension qck for your files.

Using a Mac and TextWrangler 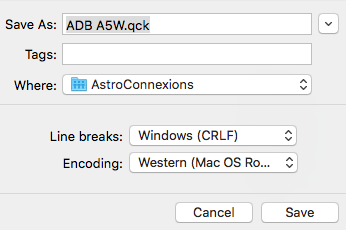 Saving a qck file – must be Windows (CRLF), and Western (Mac OS Roman)