Part of Marriage substituted for Part of Love (Eros)

The Part Of Marriage (POM) is extensively used by John Frawley in his books and Kindle ebooks and by kindred Traditional Astrologers. It is often used in relationship horary charts.

I’m taking an example from the excellent Kindle book Horary Examples: Traditional Horary Astrology By Example. The example horary is Will I be any happier if I leave him?

Here’s the chart from the book:

Example Chart from Kindle book. The Part of Marriage glyph is not shown.

“Now let’s look at the Sun in its role as dispositor of the Part of Marriage. To calculate the POM we use the formula of Ascendant + Descendant – Venus. This gives us 131:15 degrees, which converts to 11:15 Leo; the Sun rules Leo, so the Sun signifies the marriage.”

Here’s the procedure to substitute the Part of Marriage (POM) for the Part of Eros/Love (POL): 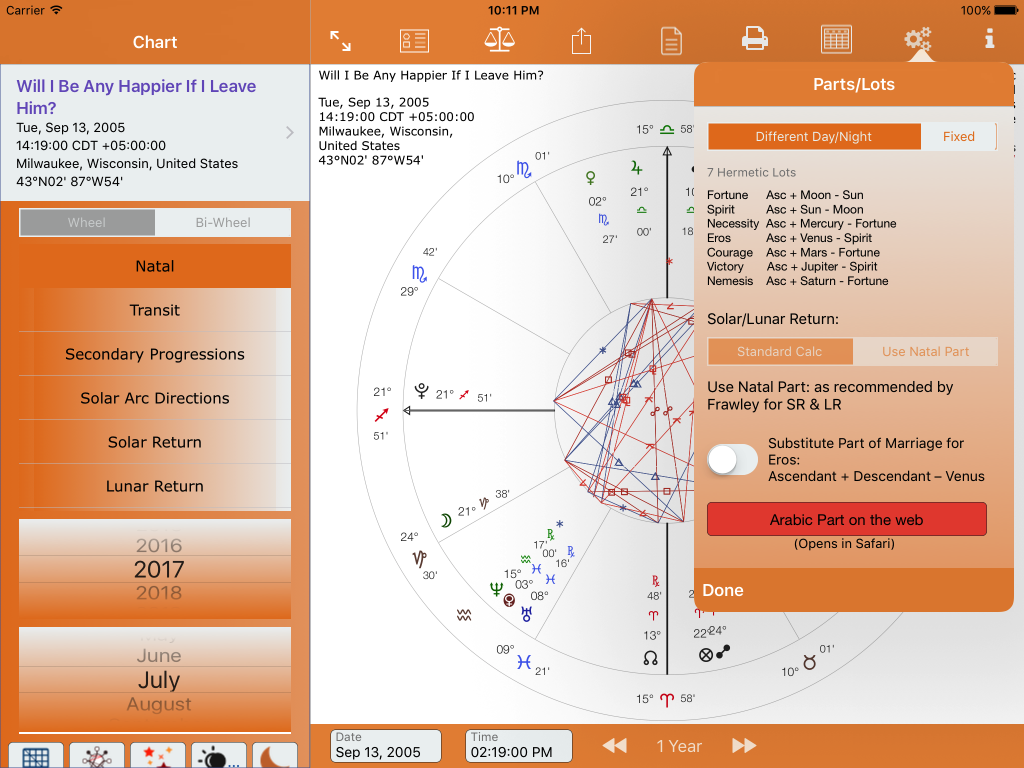 Substitute POL for POM Settings – before tapping switch for the change to be effected.

Heres’ the result of the change to the POM 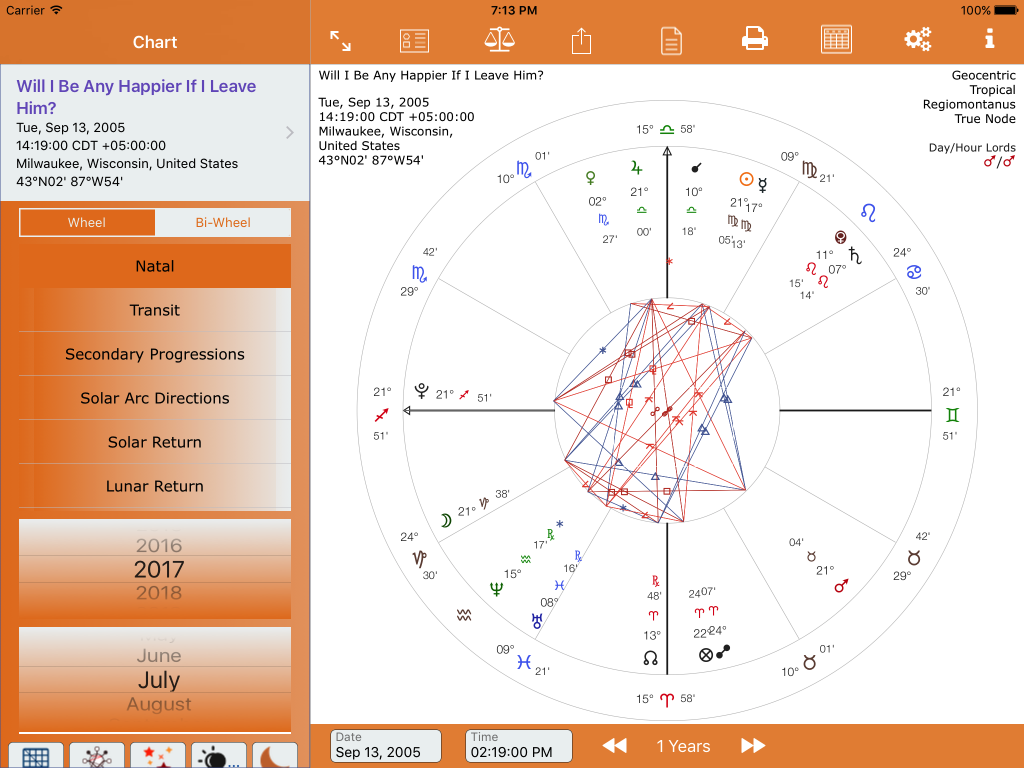 Horary Chart showing Part of Marriage as described in the book

Here’s another chart from the same book. 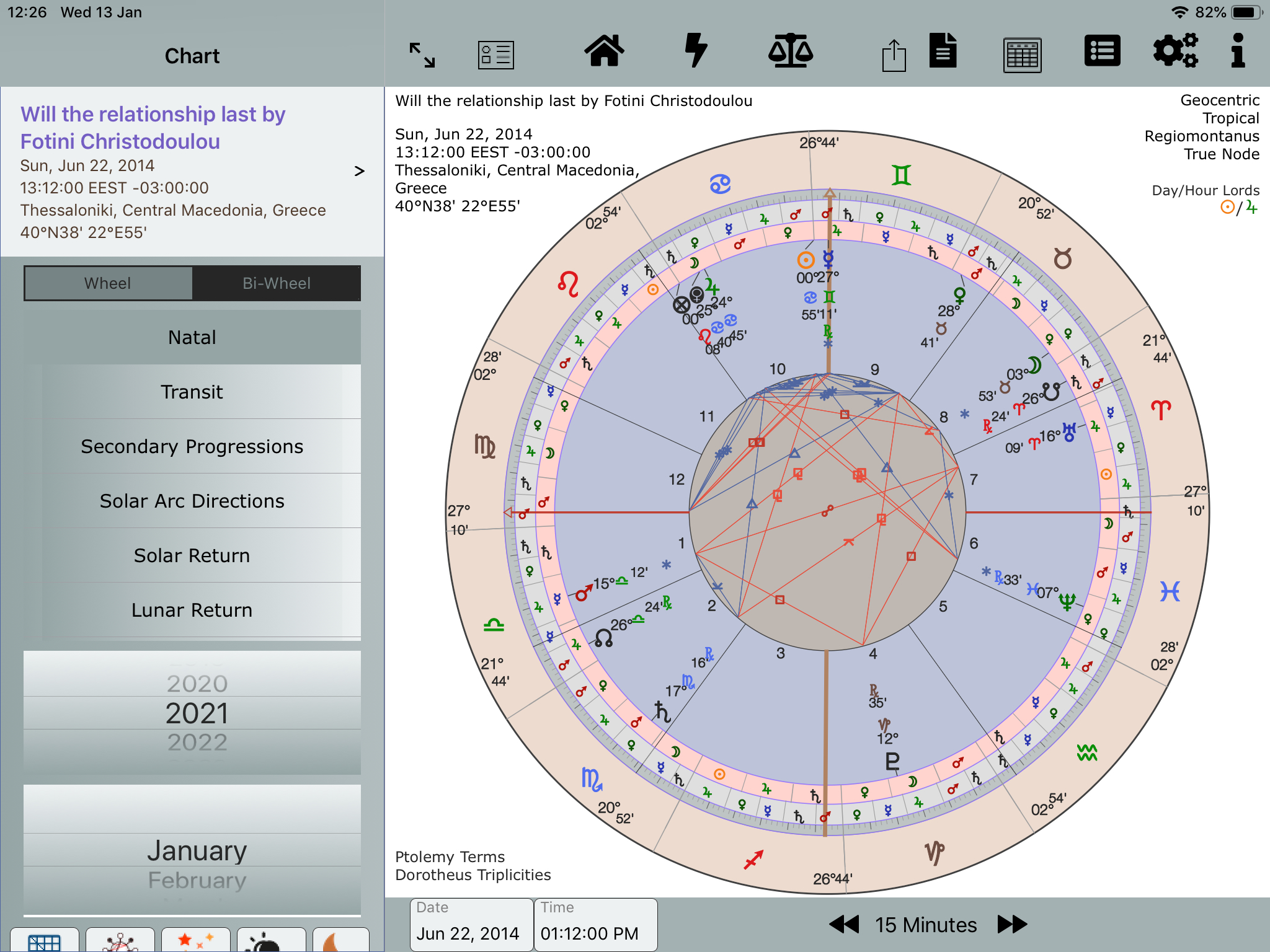 Will the relationship last