If the North Node and South Node is selected to be displayed in a chart you may want to disable the aspects to the South Node as shown in the Aspect table and lists such as the Speculum.

Assuming that the South and North Node is selected as in the Displayed Planets table (1st screenshot). And the option to show South node aspects in the aspect table is selected (2nd screenshot): 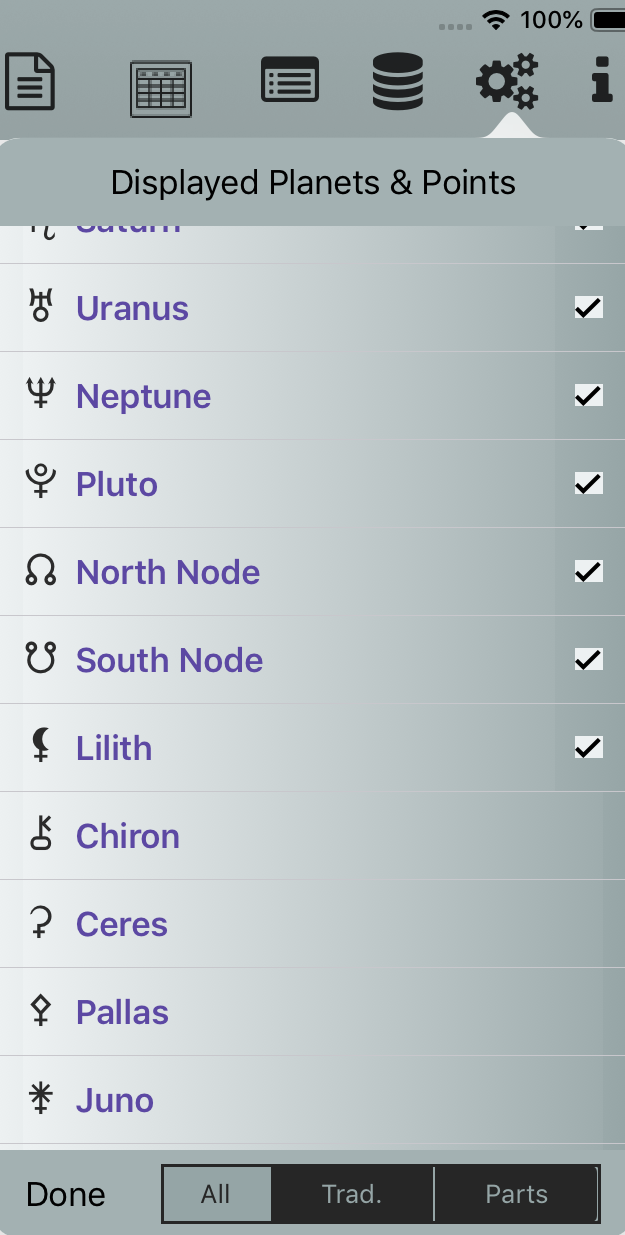 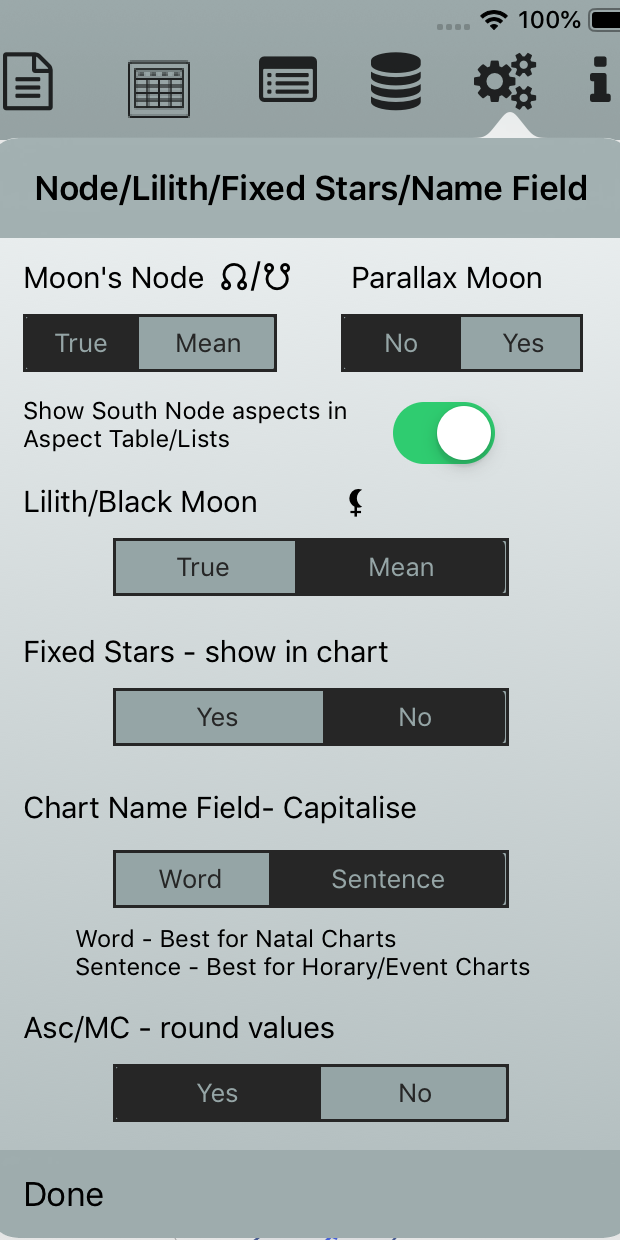 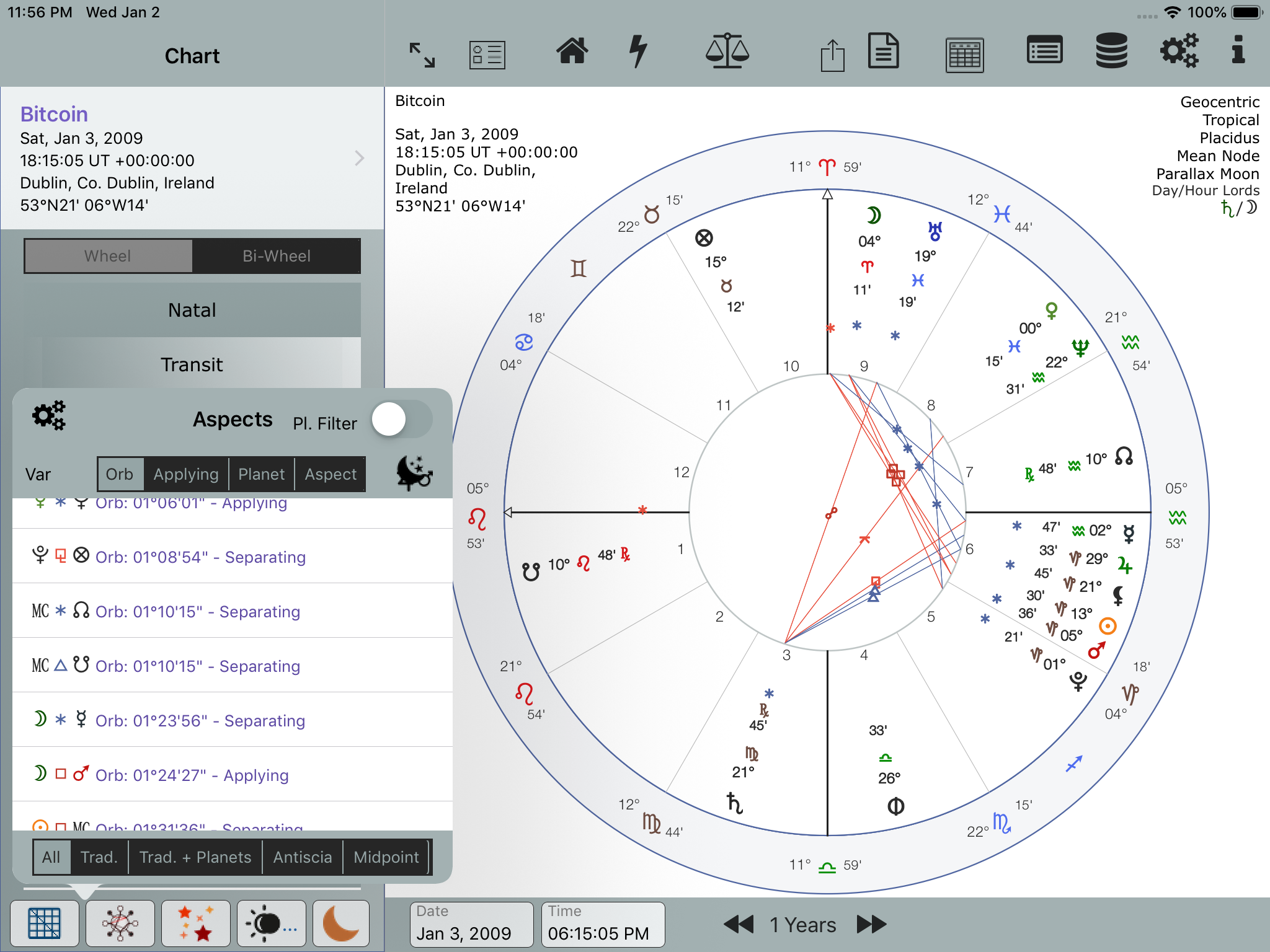 The option to show the South Nodes’ aspects are switched off. 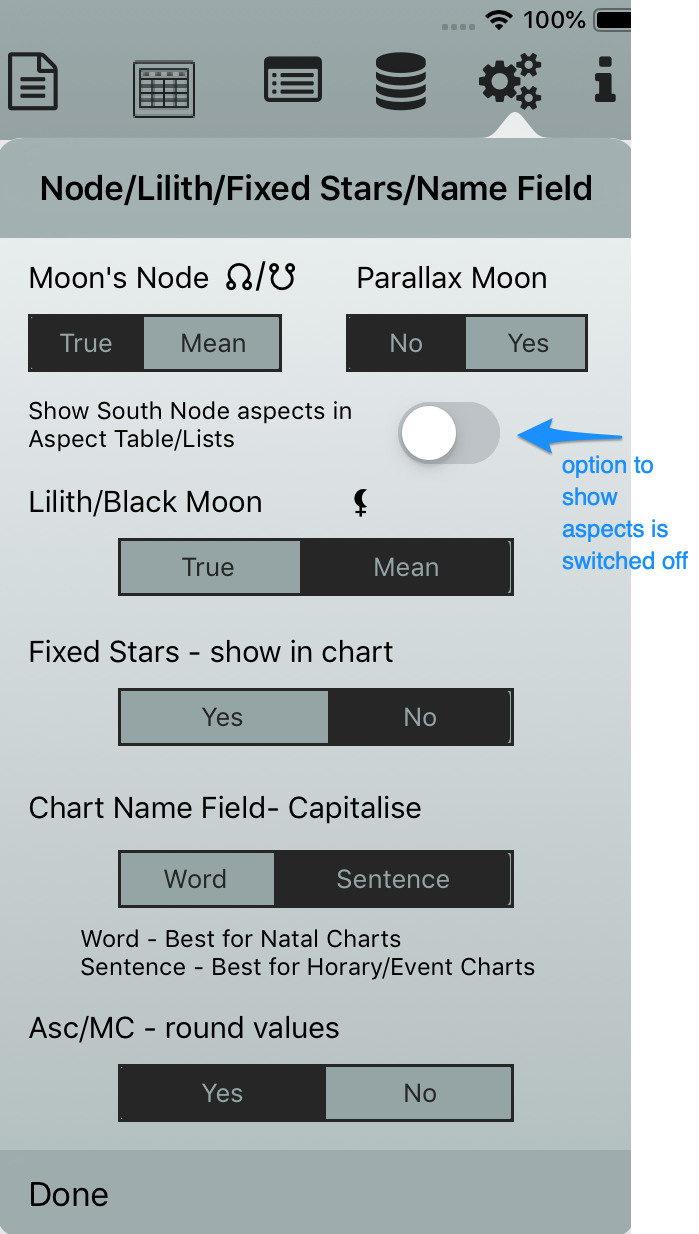 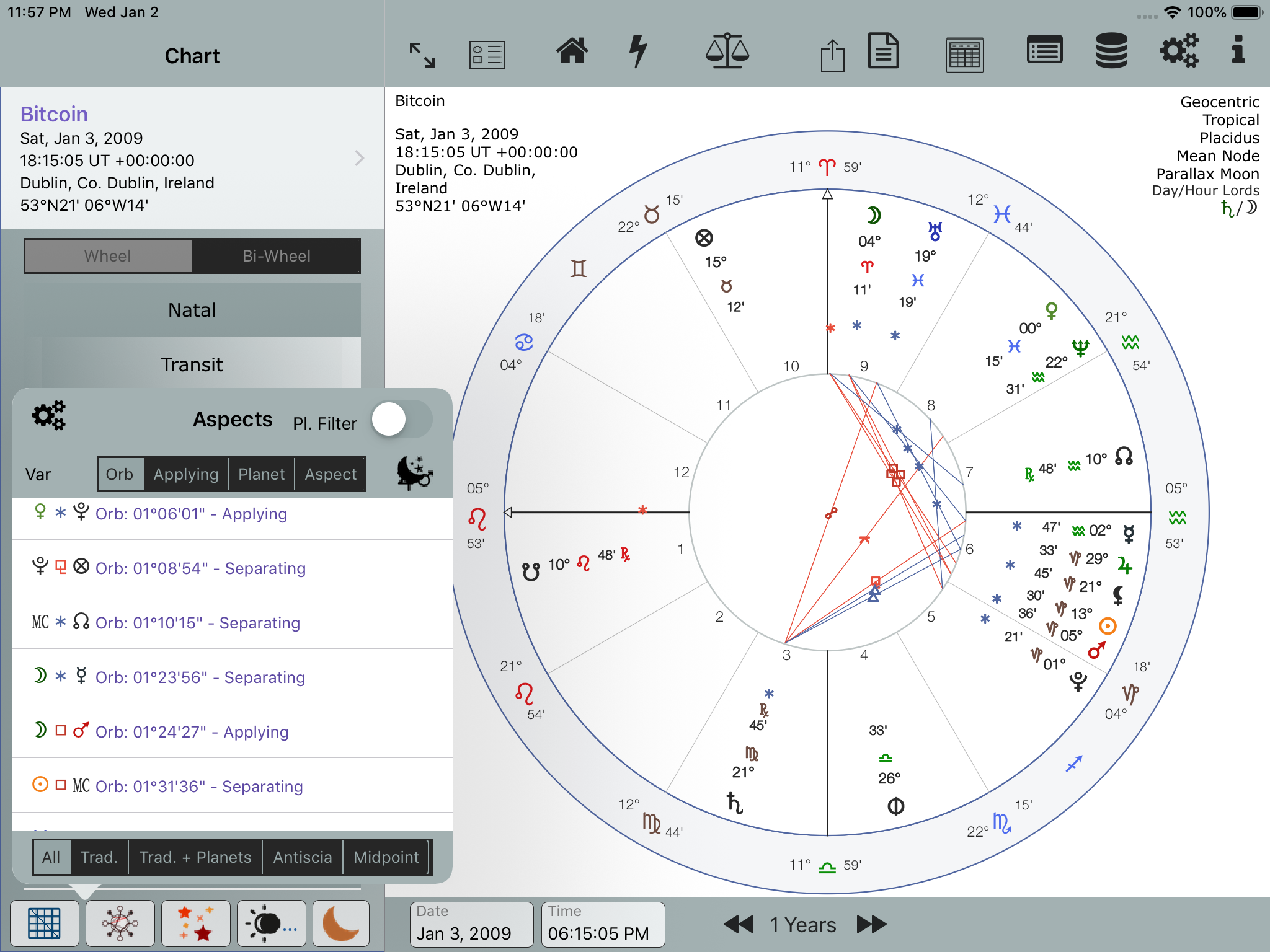 Aspects to the South Node are not shown

Note the setting for aspects lines for the example chart: 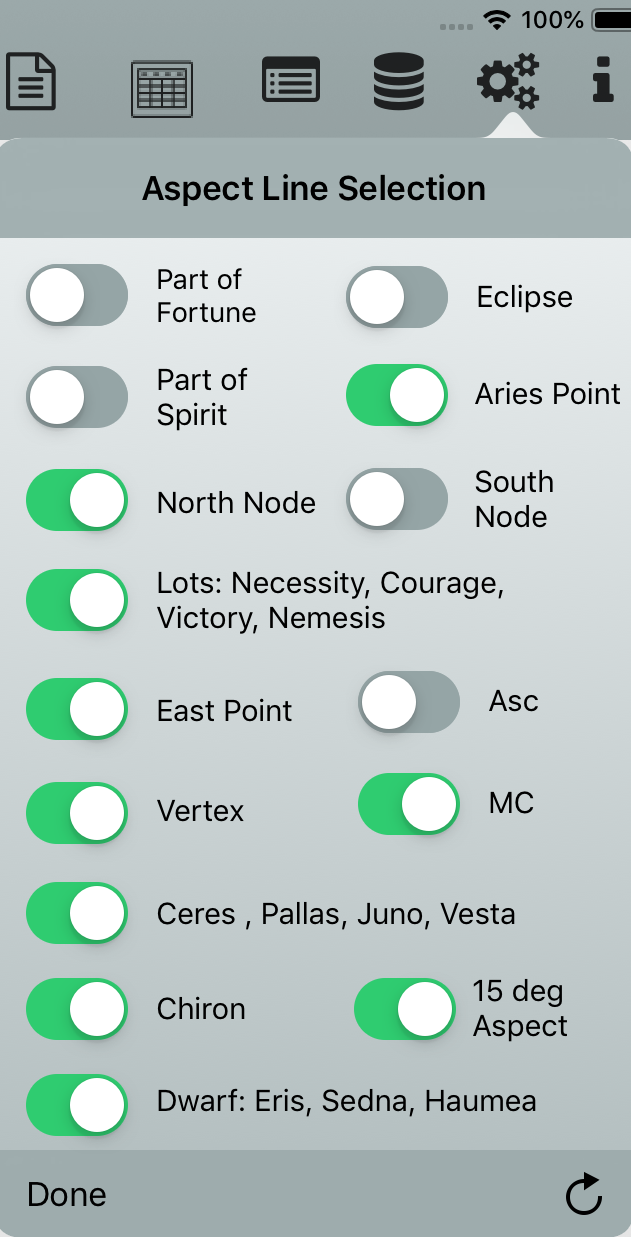 Aspect lines are not affected by the South Node option to display aspects in the Aspect table, and other lists

Eclipse aspects to the Nodes are affected: 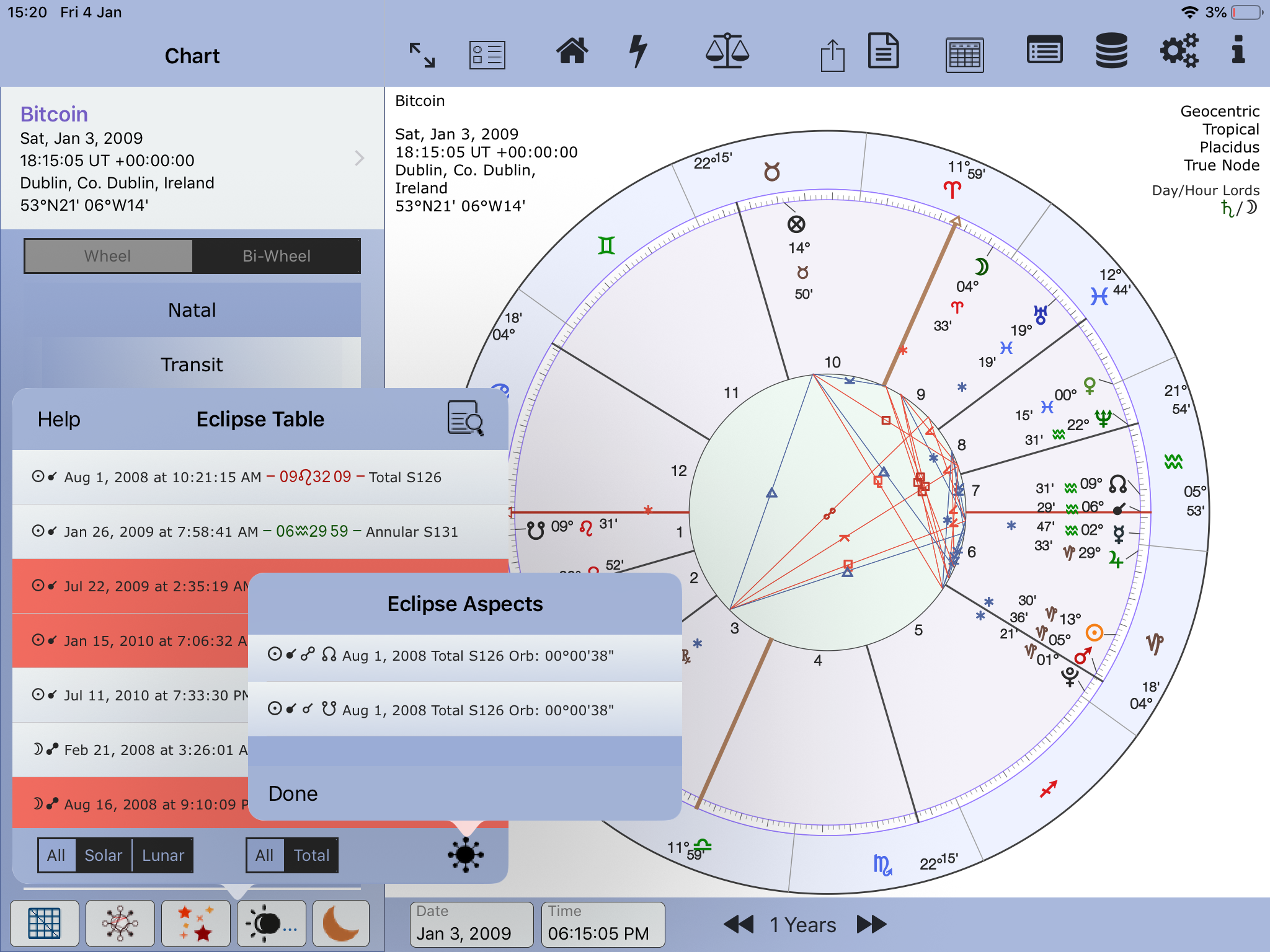