Solar charts: Sun on the Asc. For Your Charts and Provided Charts. Not available for Sidereal (please switch off the Solar Charts option) or Heliocentric charts (the Sun isn’t shown for Helio charts).

Use with Transits, Secondary Progressions, and Solar Arc bi-wheels.

Animated GIF – how to select a Solar natal chart

Note that Solar Charts can be invoked (as shown in the animated GIF above) when one of the first four menu options are selected – Natal, Transit, Secondary Progressions, and Solar Arc Directions. When Return charts (Solar or Lunar) are selected the Sun’s original position is always used. Similarly for Profections, Antiscia, Synastry and Pre-Natal Syzygy charts. 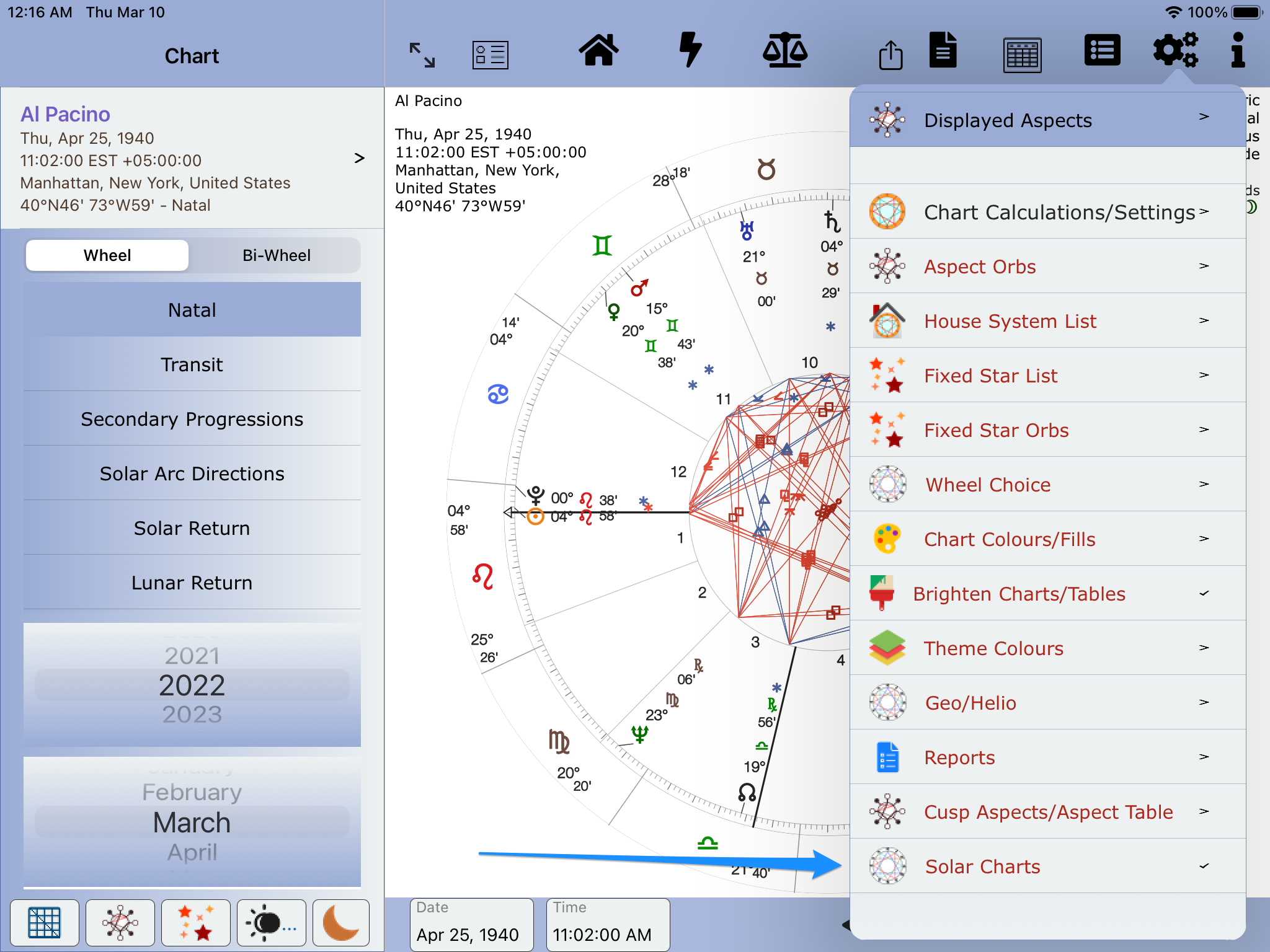 The outer wheel Sun is the progressed (or directed) Sun using the original natal position value. The Sun is shown in the natal chart with new value of the natal ascendant.

A single wheel Transit chart will show Sun’s current position – not one that is the same as the Asc. For aspects to the new Solar position please change to a bi-wheel.

For Secondary Progressions, and Solar Arc single wheel charts the sun’s position is the progressed or directed position using the original position of the Sun. For aspects to the new Solar natal position please change to a bi-wheel. 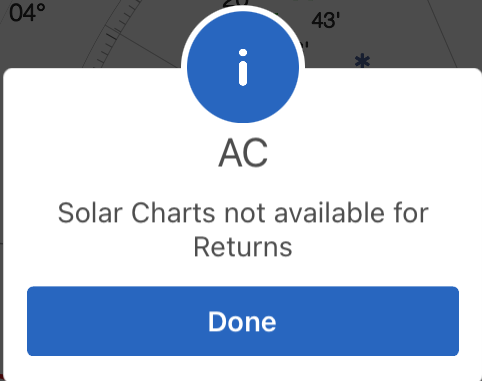 The calculations for parts such as part of fortune remain unchanged.

The day and hour Lords remain the same.