Understanding how AstroConnexions displays Eclipses positions, values and aspects to their positions 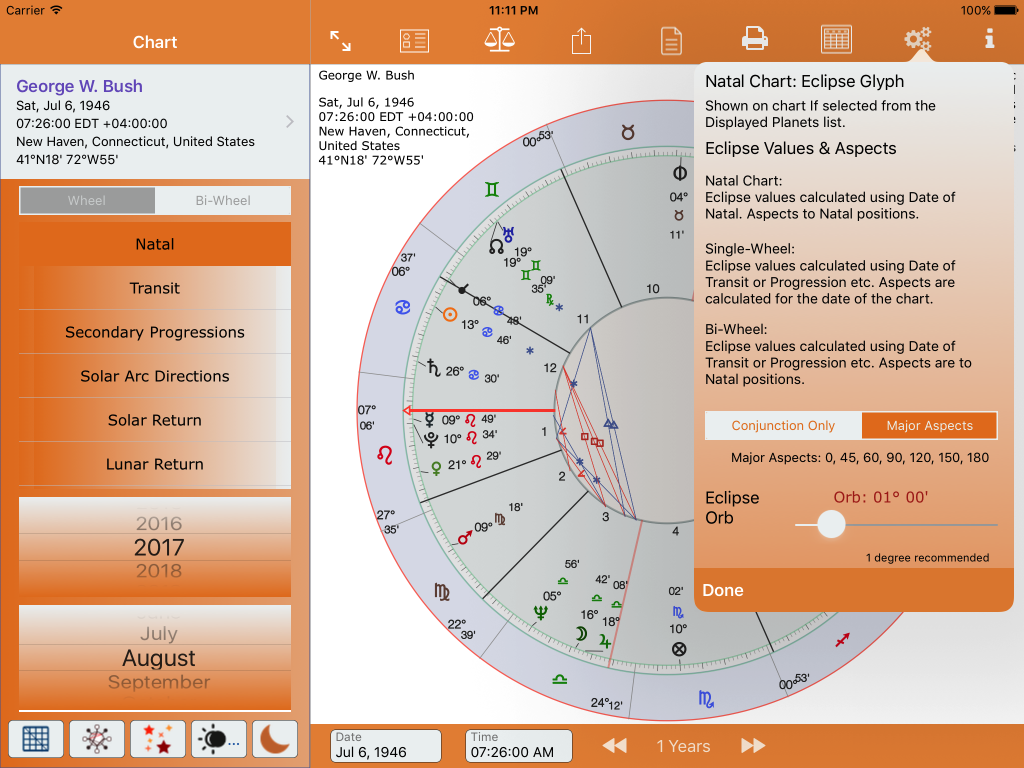 Eclipse positions are not shown for Synastry Charts

All eclipse times are for the time of maximum eclipse

The eclipse aspect orb can be user-defined. One degree is recommended. See the screenshot above. 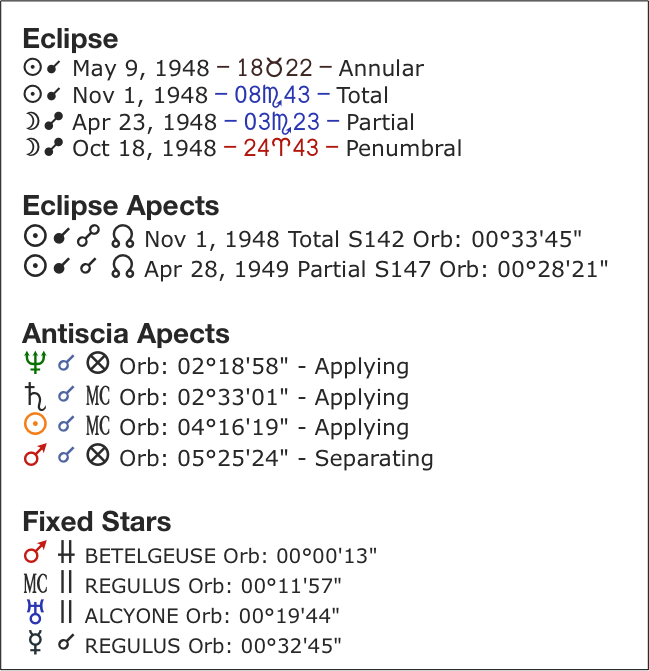 The eclipse positions show above are arrange to show:

Fixed stars aspects and antiscia aspects are displayed starting with the smallest orb.

To preserve the integrity of the display it is not always possible to list all aspects/positions.

Note: long-press over the aspect grid/listing brings up the Aspect Table – so all aspects can be reviewed. See screenshot below.

Why you won’t find a Lunar Eclipse on the 18th August 2016, listed by AstroConnexions: 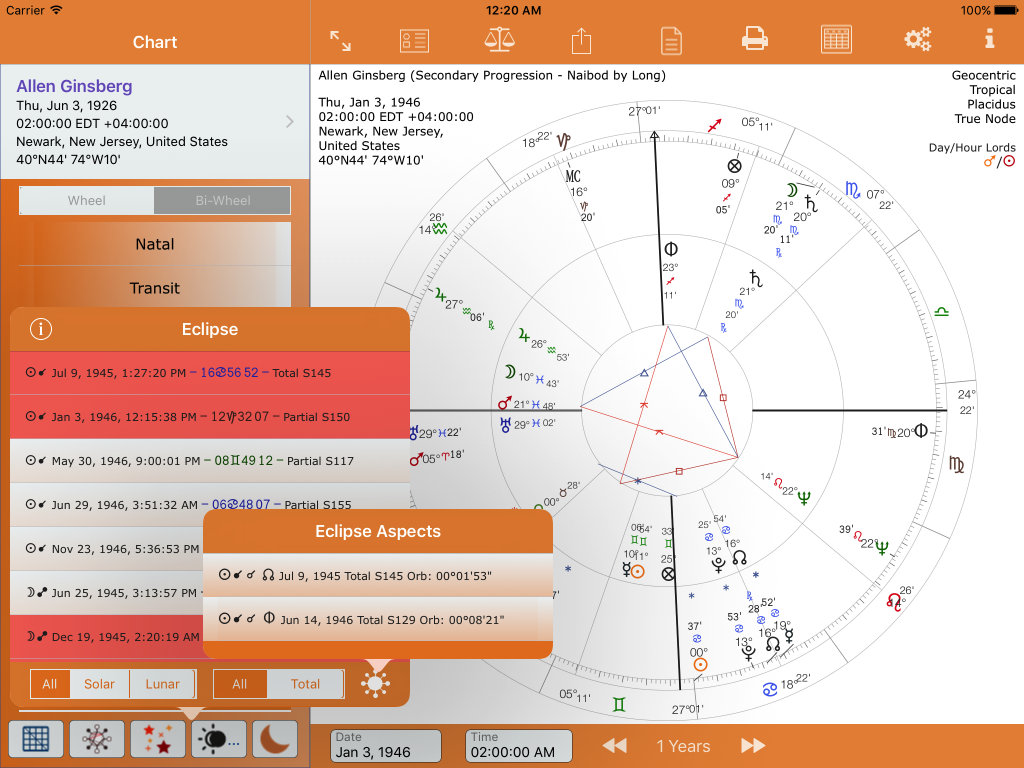 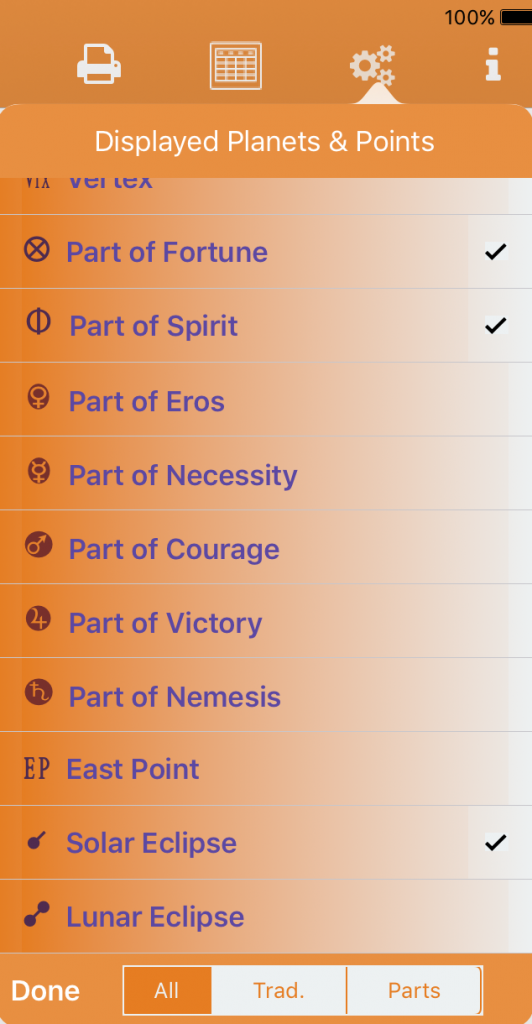 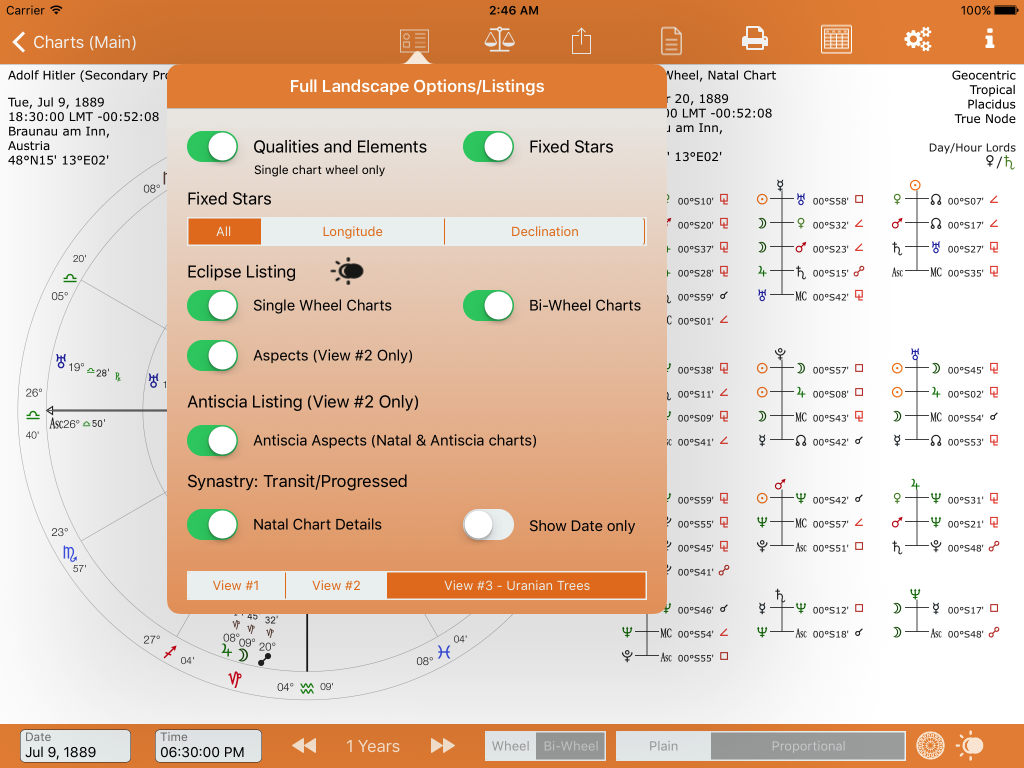 For single-wheel only the whole number is shown, eg if separation is 2:56 and applying, the aspect is shown in the grid as 2A. The fractional part is ignored. 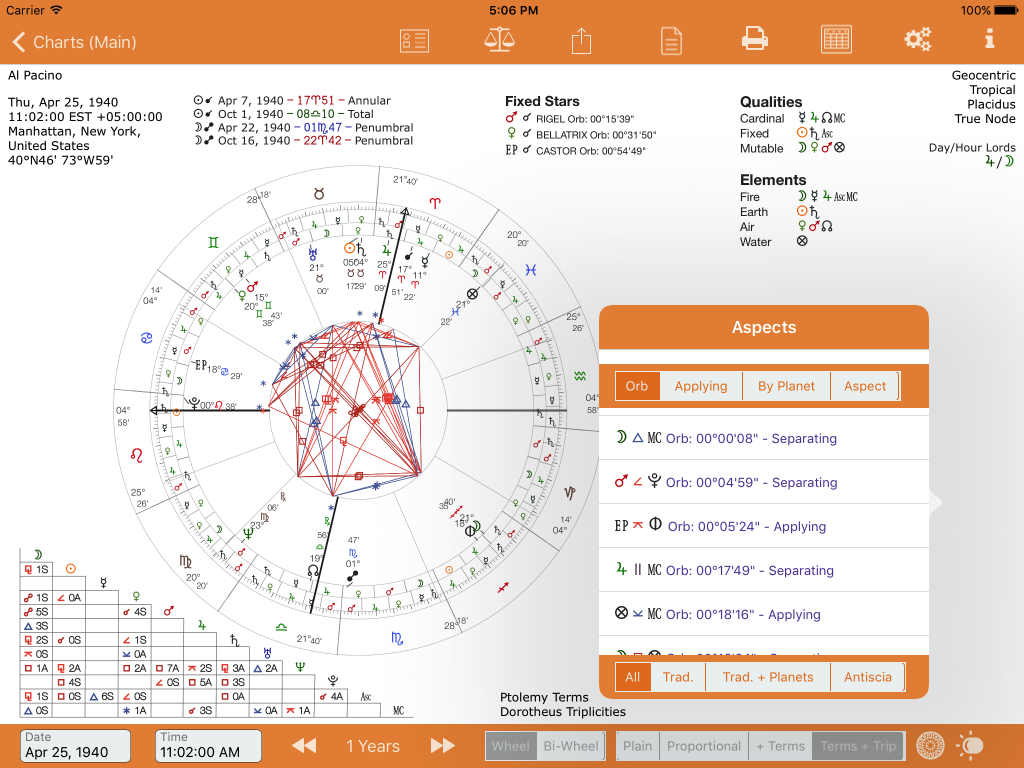 For single-wheel the integer part (the characteristic) is shown, eg if separation is 2:56 and applying, the aspect is shown in the grid as 2A. The fractional (mantissa) part is ignored. 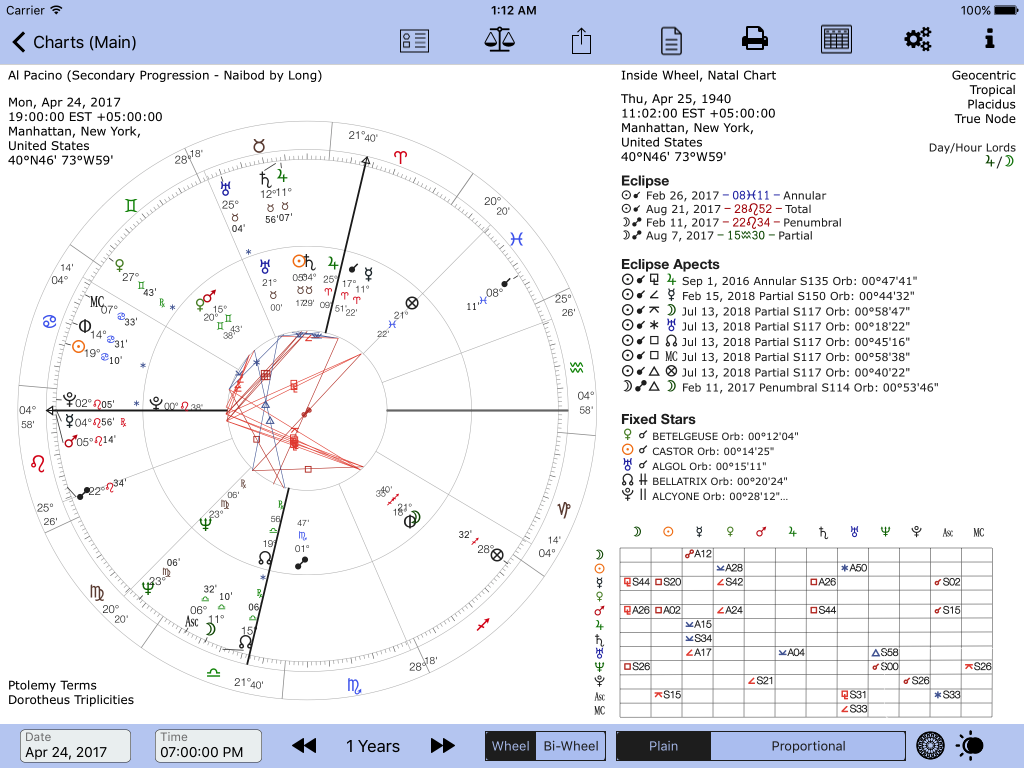 If the orb setting is over 1 degree then the whole number of the separation is shown.

Al Pacino Full Landscape Bi-Wheel Aspect Grid – only mantissa (fractional part) of the separation is shown in this example. Orb is set to 1 degree. 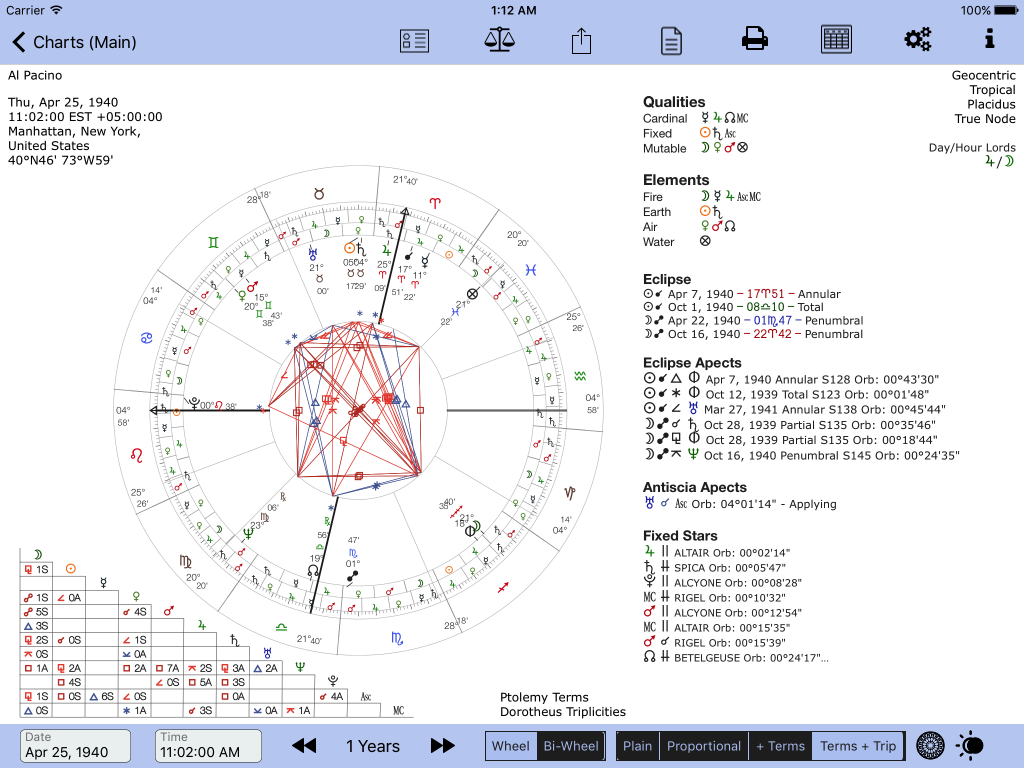 Last Updated: 5 years ago in Eclipse