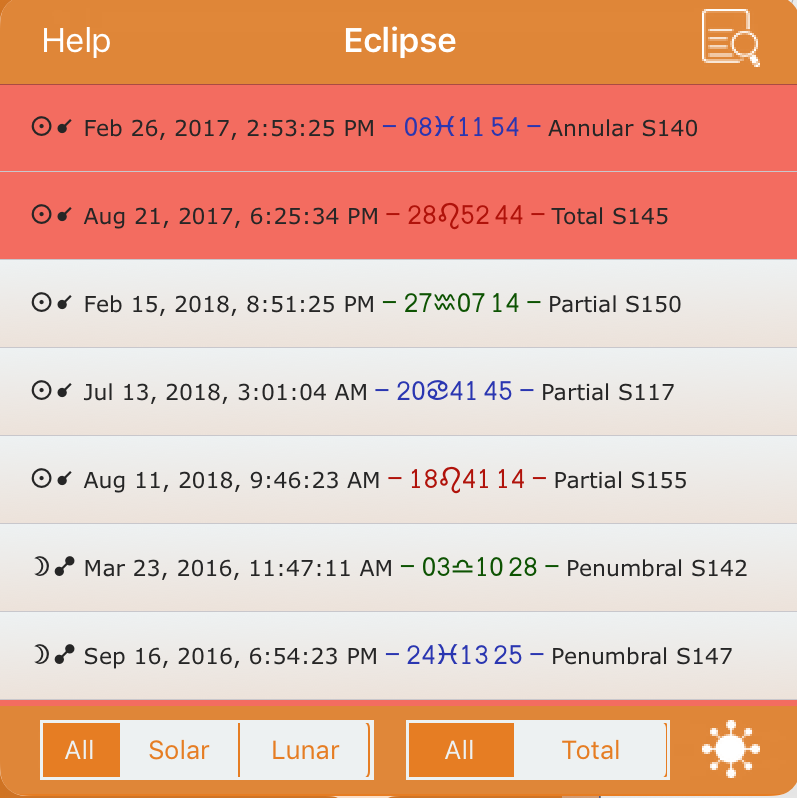 Typical Eclipse Listing. All times are in UT (Universal Time)

How did I do this?

To get the TD time from the given UT time as given by Fred Espenak:

The eclipse predictions are given in both Terrestrial Dynamical Time (TD) and Universal Time (UT1). The parameter ΔT is used to convert between these two times (i.e., UT1 = TD – ΔT). Δ Thas a value of 68.5 seconds for this eclipse.

Last Updated: 5 years ago in Eclipse