For a useful example look at the chart presented here:

Jupiter looks like it is applying to Saturn by sextile. Usually, Jupiter is faster than Saturn.

AstroConnexions reports that it is separating in the aspect table. Why is this? The answer is speed:

Here’s the speed of the planets, used internally by AC:

As can be seen from the values, Saturn is moving slowly away from Jupiter. A separating sextile.

Reviewing each planet’s speed from the chart by tapping on each individual planet’s position tells the same story: 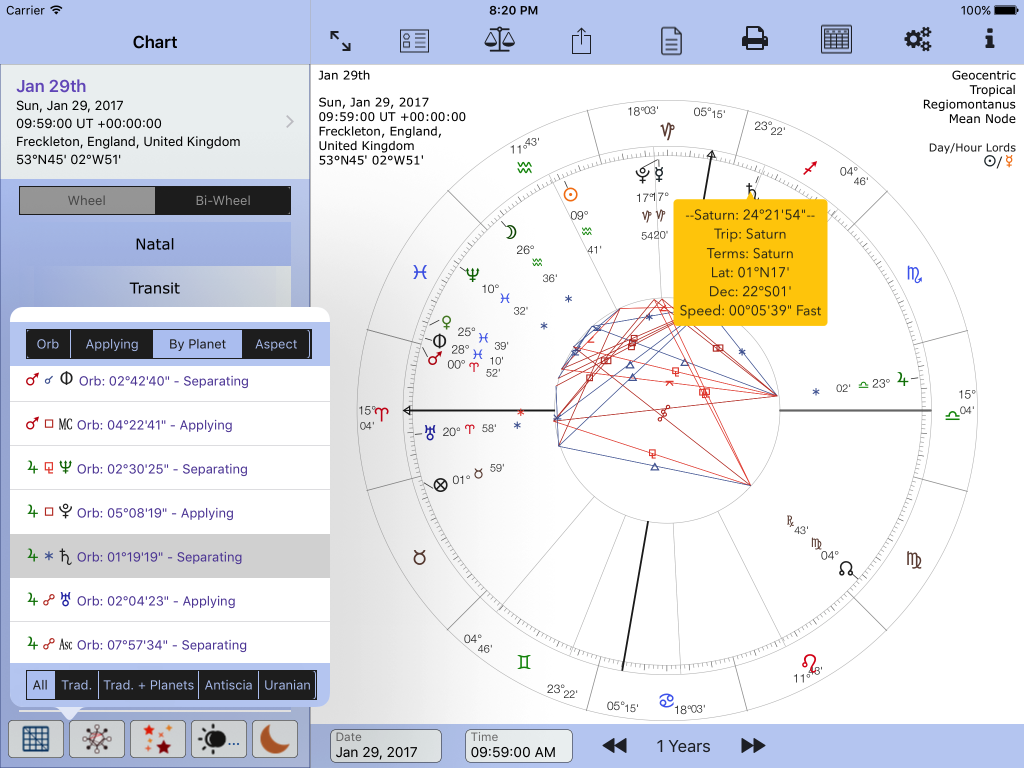 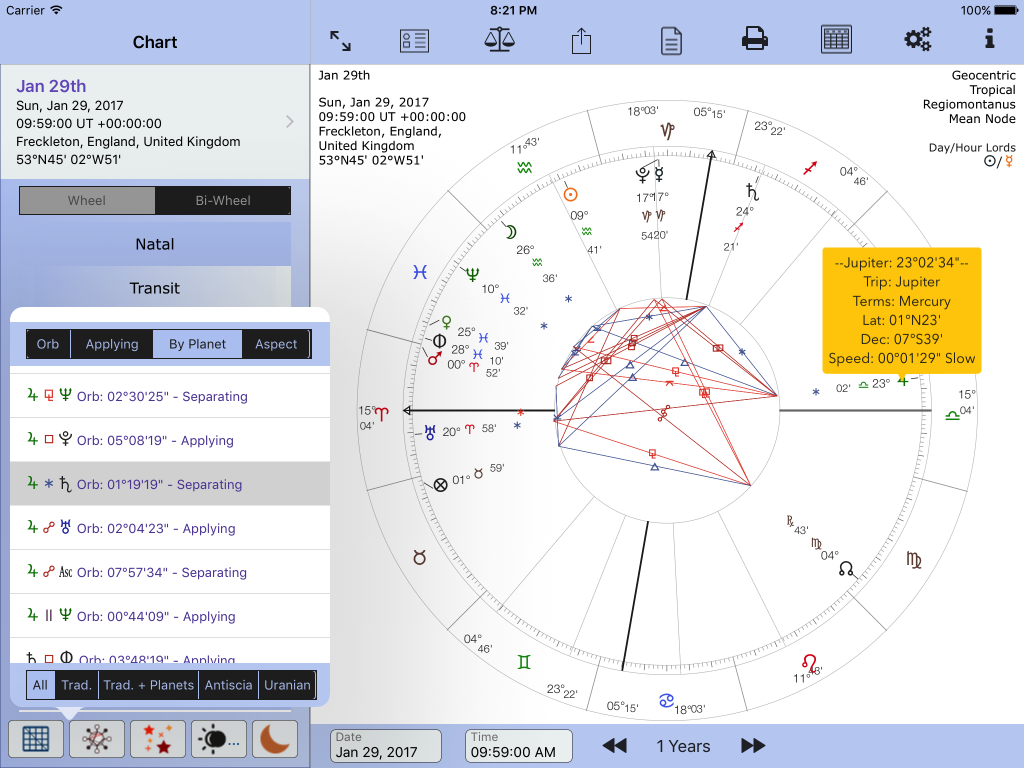 Last Updated: 6 years ago in Aspects